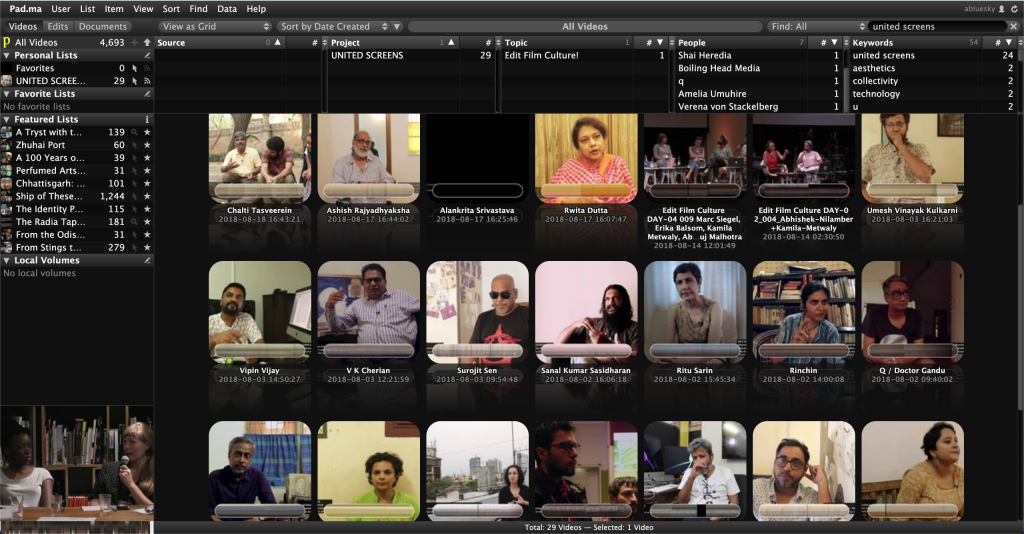 On the 25th April from 6 pm, Rupert together with Autarkia (Naugarduko st. 41) is pleased to invite to the presentation given by Rupert’s current artist-in-residence Abhishek Nilamber. During the event, the curator and artist will talk about a long-term research and exhibition project UNITED SCREENS initiated by SAVVY Contemporary Berlin. The presentation will be held in English.

“Orient” etymology: from Middle English orient, borrowed from Old French orient, from Latin oriens (“rising; as a noun, the quarter where the sun rises, the east, day”), present participle of oriri (“to rise”).

Once a colleague from Tunisia jokingly mentioned – I feel the furthest from ‘the East’, then how come I live in the ‘Near East’?

Considering most people reading this text will probably know by heart the writings of Said, Mudimbe and the likes: the reason we start with this, is that this gaze/ perspective, let’s call it with many names, manifests also in the domain of cultural distribution or in the practice of distribution of culture, and still, in the ways in which a multiplicity of visual cultures are represented, written about, framed and administered.

UNITED SCREENS is a long-term research and exhibition project that intends to create an alliance of community cinema programmers and filmmakers loving independent film and particularly sharing a condition of economic or political vulnerability, and hence being easily subjected to unfair trade-offs within the cinema industry. Through this project we aim to work towards a future distribution platform for films and video art produced across the Global South. UNITED SCREENS aspires to be a decentralised, peer-reviewed, peer-promoted think-tank on film cultures.

Abhishek Nilamber (India/Germany) is an independent artist and curator living and working in Berlin. Primarily working at SAVVY Contemporary, Berlin and as artistic consultant for Backyard Civilization, Kochi, India, his work focuses on projects and products which democratise accesses to knowledge, culture and art.

Rupert is partly funded by the Lithuanian Council for Culture.

Image: a screenshot of the video archive on pad.ma