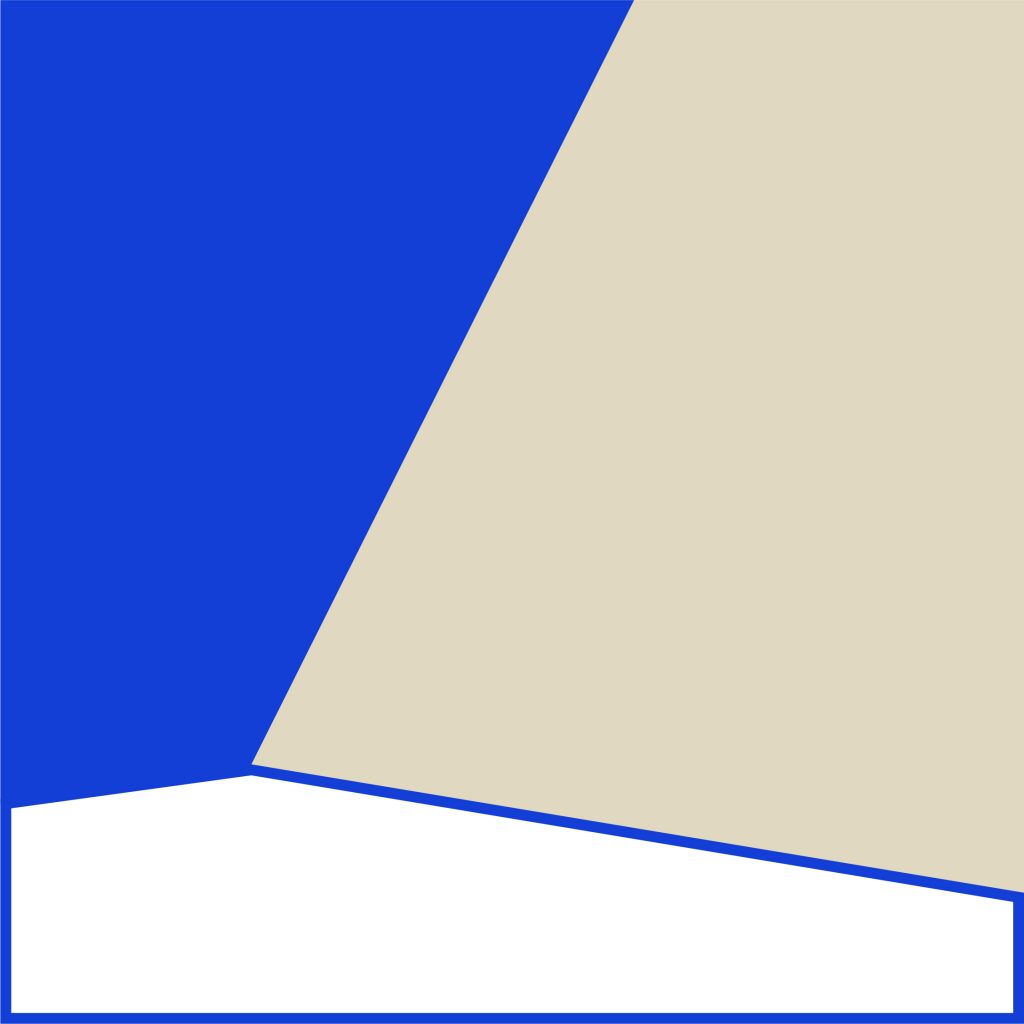 Shame is made up of five picture panels. The panels depict a group of five people, as they attempt to interact with each other from separate cubicles with pastel-coloured walls. In order to reach one another, they are breaking through the partitions that separate them. Broken pieces of these partitions lie on the floor. The holes that the group make are letter shaped.

In the first panel someone climbs through a white wall from a mint green room. The hole they are climbing through is in the shape of the letter S. They are holding the wrist of the person from the next cubicle, who is seen in the next panel reaching through a space in the shape of the letter H. Their hand doesn’t quite meet the hand of the person in the next cubicle, who is reaching through an A-shaped hole while pulling up their neighbor. This person has broken through the bottom of their pink cubicle wall, and is crawling through an M-shaped space they’ve made. The fifth panel depicts someone looking through a peephole, which might also be used as a gloryhole. A crack in the white wall turns the hole into the letter e. Together the five panels spell out the word ‘shame’.

I made the pictures with crayon and watercolour, at home, in private, on a small scale. They were then scanned, scaled up and printed on vinyl. They’re now presented here, on the outside windows of the exhibition space, in public, out in the open, which feels like a good place to share Shame.

Edward Thomasson is based in London, makes plays, videos and drawings that explore the contradictions and complexities of social and sexual interaction. Rooted in the artist’s own experience, his work describes the ways we attempt intimacy, the difficulty of being together, and despite that, our longing for connection, for moving beyond the limits of our own skin.