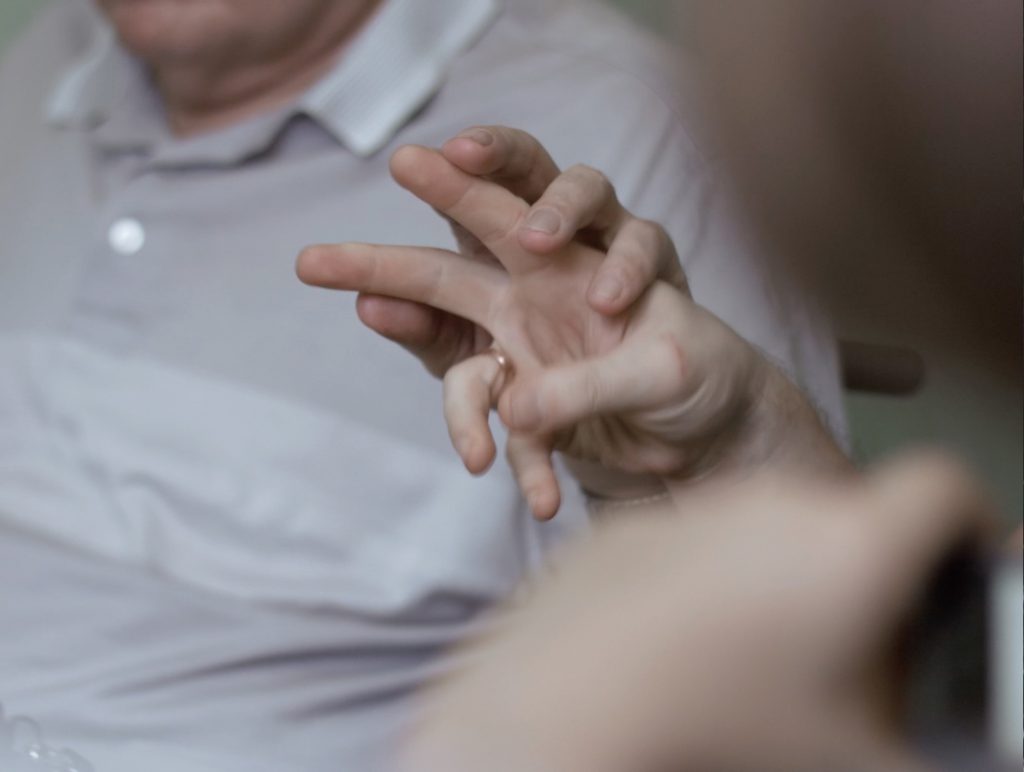 Rupert kindly invites you to a screening of video works by Jasmine Johnson (UK) and Emanuel Almborg (Sweden). The event will be held in the CAC Cinema (2 Vokiečių str.) on the 3rd of February at 6 pm. The screening will be followed by a Q&A session with artists and the actress Kristina Savickyte, moderated by Rupert’s director Justė Jonutytė.

Using multiple points of view, Johnson and Almborg’s video works explore the relationship between alternative pedagogical formats and the acquisition of knowledge. The films focus on the characters’ non-hierarchical, direct and unstructured ways of learning, finding resonances between people from different periods and places. Both Johnson and Almborg are interested in the histories and methods in pedagogical practices, focusing in particular on the importance of embodied, sensorial, and social ways of learning.

Jasmine Johnson’s video work, A Perfect Instrument (Kristina) (32:30 min, 2016), was created during her residency at Rupert in 2016. The film follows the established Lithuanian actress Kristina Savickytė over a day of teaching and learning in performance-led workshops and rehearsals. Filmed at various locations in Vilnius, a city sandwiched between East and West, the video explores the extent to which both an individual and a place must bend and perform for shifting contexts. This work is the fourth of a series of ongoing video portraits by the artist, in which individuals are selected for their proximity to global dilemmas, and for their capacity to articulate human anxieties. A Perfect Instrument (Kristina) was made with support from Arts Council England.

Emanuel Almborg’s Talking Hands/Говорящие руки (48:00 min, 2016) is a film about the 1960’s Zagorsk school for deaf-blind children outside Moscow and its pedagogical methods. The school was established by Marxist philosopher Evald Ilyenkov, who, in opposition to dominant Soviet ideology, began developing ideas of how human consciousness emerges in relation to material culture, bodies, objects, and tools. The film is based on a dialogue with one of Ilyenkov’s deaf-blind students, Alexander Suvorov, and includes archive footage which documents activities around the school in the 1960s.

Emanuel Almborg (b. 1981) is an artist based in Stockholm and London. His practice involves research and often includes film, photography and publications. He studied at Konstfack, Stockholm, at Goldsmiths College, London (MFA in Fine Art, 2005-07); Whitney Independent Study Programme, Studio, New York (2014-15) and is currently a PhD candidate at The Royal Institute of Art, Stockholm. His work has recently been shown at Transmediale (Berlin, 2017), and Whitechapel Gallery (London, 2017) Bienal de São Paulo (São Paulo, 2016), Moderna Museet Malmö (Malmö, 2015) among others.

Entrance is free of charge. We recommend arriving on time as the venue has limited capacity.
The event will be held in English.

The event is kindly supported by Lithuanian Council for Culture, Ministry of Culture of the Republic of Lithuania, and Nordic-Baltic Mobility Programme for Culture.

Special thanks to CAC Cinema