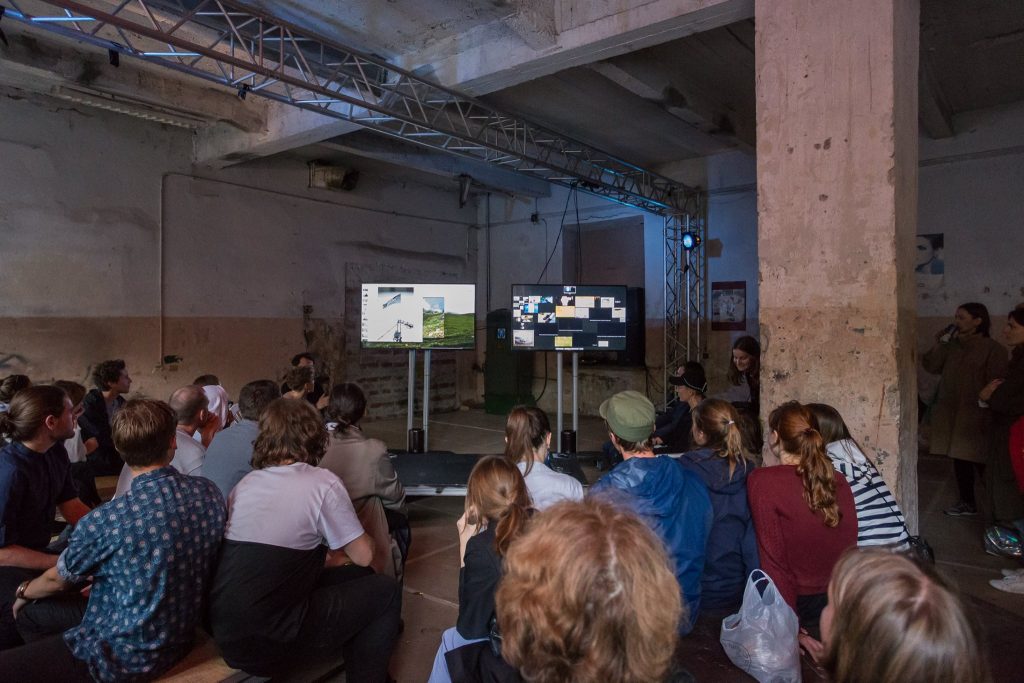 We are excited to announced that the selection jury, consisting of Adomas Narkevičius (Rupert curator), Audrius Pocius (CAC education coordinator) and Ieva Malikėnaitė (Rupert coordinator) selected new participants for the 5th edition of Rupert’s Alternative Education program. Beatričė Mockevičiūtė, Gintautė Skvernytė, Gediminas Žygus, Kęstutis Montvidas , Andrej Polukord, Kristina Marija Kulinič, Žygimantas Kudirka, Eglė Razumaitė and Nina Kuttler have been selected to take part in the program. The 5th edition of Alternative Education program is curated by Adomas Narkevičius and joined by Suhail Malik, Hanna Laura Kaljo, Julijonas Urbonas, Jasmine Picôt-Chapman, Jolanta Zabarskaitė, Justė Jonutytė Jonas Žakaitis and other local and international tutors who will host talks, workshops, public events or engage participants in free-form conversations and discussions. During the program participants will also receive personal mentorship to in the process of developing individual and group projects. At the end of the program, we hope to the participants to present the final projects in the form an event or an exhibition.

Beatričė Mockevičiūtė and Gintautė Skvernytė (b. 1994) – Both of their artistic practices evolve around industrial materials such as aluminum profiles, glycerin or paraffin. Besides their versatile purposes and seemingly translucid consistency, the materials are the result of numerous manufacturing processes: being recycled in various places and in different ways, they mark an interlaced production and consumption ecosystem, though the materials often are left out as invisible. Because of these qualities the materials for artists become a tool for reconsidering histories of specific places, as well as creating new imaginary stories that may come true in the future. Beatričė Mockevičiūtė and Gintautė Skvernytė create installations in which time is sort of suspended next to existing space and new layer of imagination and possibility is opened. During Alternative Education program the young artists expect to jointly develop art strategies which was previously used individually and to deepen the their knowledge while communicating  with other artists sharing a similar practice. Desirable result is an installation in public city space in Vilnius or one of the regions, which would act for some time as a comment of a site.

Gediminas Žygus (b. 1991) is an artist residing in Vilnius, in his practice entangling the domains of sound art and theory, theatre, ecology, experimental geography, radical politics and new media. Shows, exhibitions and collaborations presented in Berghain, Pompidou, The Kitchen, Venice Biennale, Barbican Center, Auto Italia. During the time in the Alternative Education program, he will focus on articulating and defining excess events of the psychopathologies of the architectural imaginary that is constructing forms of contemporary spatial intelligence and the architectural mental space. He will try to devise ways of researching while physically engaging with these spaces.

Kęstutis Montvidas (b. 1984) creates installations based on subjective interpretations of scientific data. His artworks have been presented at CAC, Russian Drama Theatre, Malonioji 6 (Vilnius). He is a last year sculpture MA student in Vilnius Art Academy. During the time in the Alternative Education program, he will explore a couple of subjects: astronomy (celestial study) and language itself as the most universal mean to signify things. He is going to investigate phenomena of apofenia (observation of meaningful symbols in random data) and pareidolia (observation of recognizable structures in where they are not present, for example, secret messages in musical records). Artist will present a distinctive interpretation of literary work – all the dots in the text will be connected in order to set up visual database. In turn, abstracted visual content reminiscent of celestial bodies arrangement in the firmament will be recoded to a holographic postcard. Thus the artist will be questioning the boundaries of empiric, as well as scientific knowledge, transforming one event into another.

Andrej Polukord (b. 1990) is an artist based in Vienna and Vilnius. A graduate of the Academy of Fine Arts and co-recipient of the 2016 Kunsthalle Prize Vienna, draws on painting, installation, performance, and video art to create unpredictable environments and absurd situations that produce double meanings and ambiguity.  During the Alternative Education programme he will involve himself into making domestic and everyday object cut-outs  out of un-recycled plastic materials typically used on cargo truck tents and roadside billboards into something akin to public space installations. With a quirky but semi serious gesture, the artist plans to reassign semantic value of these materials and bring them back to public space as completely different entities.

Kristina Marija Kulinič (b. 1992, Vilnius) has been studying and working in various stagings from classical forms, site-specific productions, to experimental theatre. She studied ‘Theatre and Cinema Acting’ program at VMU, which she has finished in 2016. She has been a part of various performance art events such as ‘CREATurE’ (Kaunas), ‘Warsaw International Performance Art Weekend’ and ‘Sofia Underground’. Currently she is the most interested in possible intersections of theatre and performance and in a research for an transitional option. She seeks to become more autonomous and independent as well as to cooperate with artists from other fields. During the program she is writing a piece, a ‘play for one player’. It should become a framework which content relies on a person that is acting and on issues of a current day. Everything revolves around an individual who one way or another recognizes and can identify with ‘do what you’ve always wanted to do’ ethos. It’s like a specific absurd platform for wannabe artist or an amateur to demonstrate one’s talents until some cataclysm occurs (as aforementioned, it has a shifting reason).

Žygimantas Kudirka (b. 1987) is a writer, artist and a performer, one of the pioneers of slam poetry in Lithuania. Performed in multiple audiovisual and sound poetry collaborations, makes constant appearances in contemporary art events. Has won multiple awards and nominations in the fields of music, advertising, visuals and literature. He plans to develop and alternative branding strategy for Lithuania as an art project. Lithuania is quite a young country, that has yet to rediscover its image. Every official country branding campaign differs from each other and has no continuity. The image of a country is shape-shifting, while the country itself is changing in a hardly conceivable pace. So the very act of branding a country serves as a monument for one of a hundreds of different possible perceptions of our country. If advertising agencies can suggest their view of a country – why shouldn’t an artist make his own version of that? Therefore the artists sees a branding campaign as a good platform for a range of works (music album, visual identity, clothing, book, etc.). This project would serve as an alternative version of country branding – with no pretension to become an official one.  It will be more like a weird fantasy contemplating our recent state and shaping a much more interesting perspective. There’s also an introspective play here – because his family name is Kudirka – my grandfather wrote the national anthem and has a monument of himself in a central square of Vilnius. All of that will become a platform for all his upcoming works during next year.

Eglė Razumaitė (b. 1993) is based in Vilnius, where she has received her BA in Philosophy from Vilnius University in 2016.  From 2013 she participates in various exhibitions and projects, such as Young Poor Artists ‘16 (Journalists’ home, Vilnius, 2016); Augantis Poreikis (Šiauliai art gallery, Šiauliai, 2016), Walk Vilnius Walk (Vilnius, 2016 m.). Her project is a semi-documentary film, that will be shot in Paris and Vilnius suburbs. Two cities become the setting and the scene, where the main themes will be presented through specific psychogeography of  these cities.

Nina Kuttler (b. 1993) was educated, amongst other places, in Art Schools in Hamburg (DE) and Hangzhou (CHN).  In her artistic practise, she is interested in liquid body limits and fluid frames. Her writings about the immune system and crumbs in a post-humanistic jungle habitually merge into the table they have been written on. Her aim is to merge a croissant into its crumbs and back so that it might dissolve in an adjective. She is interested in the body and its vulnerability as an analogy merging into sociology and the political public. Within a biological thinking about the world and its inhabitants the body is the smallest understandable entity and therefore serves as transcultural point of reference. In a time where the construction of a so-called self or identity doesn’t properly apply on the way she wants to think about the world she inhabits she’d rather think about how to merge my skin into the table I am working on than replace my language by another. This research might involve writing (about sneezing on music or the immune system as a linguistic tool), filming (greenhouses, creatures and bleeding architecture) or a lecture about croissant crumbs. She hopes to find another physical condition by dealing with those subjects, may it be crumbs, crispy or just somewhat salty. However she hopes not to merge into a croissant herself.