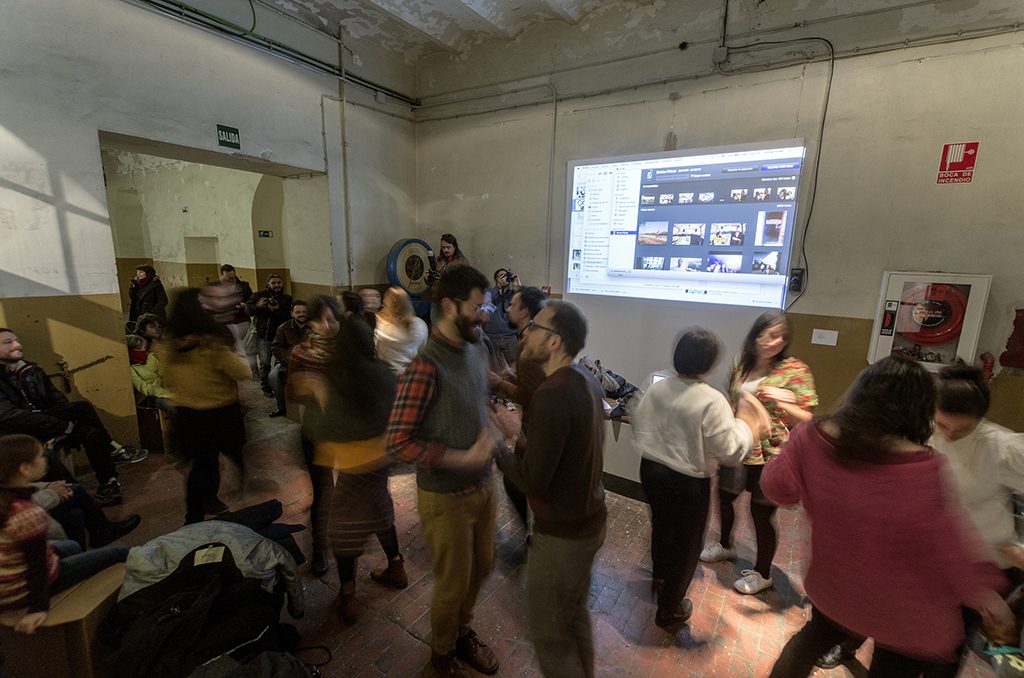 Rupert kindly invites you to a dance workshop by a Colombian artist Ericka Florez on 16th of August at 6 p.m. in creative studio ‘House of Puglu’ (Vilniaus str. 16, entrance through Labdarių str.).

During the performance lecture and a dance class, movement, dance and choreography will be used as research tools to explore the ideologies with which we build a given space.

The workshop will consist of two parts: a performance lecture open to the public (6 – 7:30 p.m.); and a dance class for up to 12 people that will consist of the movement exercises which will develop the ideas presented during the lecture (7:30 – 10:30 p.m.).

Through videos of dances, images, and practical exercises, topics about human‘s body and movement will be explored:

-The possibility of creating images, concepts, spaces through the body (an empirical movement analysis).

-How the “Antropophagic Manifesto” (1928) written by Oswald de Andrade dialogues with Adrian Piper´s “Funk Lessons” (1983) and Helio Oiticica´s “Parangolés” (1964 – 1979) (both artist who reflected on hyperrationalization through bodily art experiences).

-Another visual artist who inquires into the human‘s body (David Bestué).

-A pedagogy based on the body: the case of the experimental architecture school of Valparaiso, Chile. A research led by curator Maria Berrio and Artist Felipe Mujica.

Ericka Florez (1983) is an artist working with curatorial, editorial and choreographical devices. Her work has been presented in Museo experimental El Eco, in México City (2014), the 43rd (Inter)national Salon of Colombian Artists (2013), the 8th Festival of Performance of Cali (2012). Florez is co funder and current director of La Nocturna, an independent artistic platform which creates experiments on pedagogical and discursive formats designing an educational program that links the Budget and agendas of different local cultural institutions. As part of La Nocturna, she has participated in ARCo-Madrid and ARTBO-Bogotá as a selected artists collective. In 2012 she was awarded, together with curator Juan Sebastian Ramirez, a grant for curatorial research given by the colombian Ministry of Culture. She curated the exhibition „Hearsay evidence: rumor and documents“, Museo la Tertulia, Cali (2014) and „I put a spell on space: Torry-zone Myths and Economies“, Museo La Tertulia, Cali (2015). Between 2011-2013 she was part of the team of the independent space lugar a dudas. Her articles has been published in some local media and internationally in Terremoto: contemporary art in the Américas, and in the UBS Map Initiative by the Guggenheim Museum.

Register at info@rupert.lt for a dance class by sending us your name, surname and a contact phone.