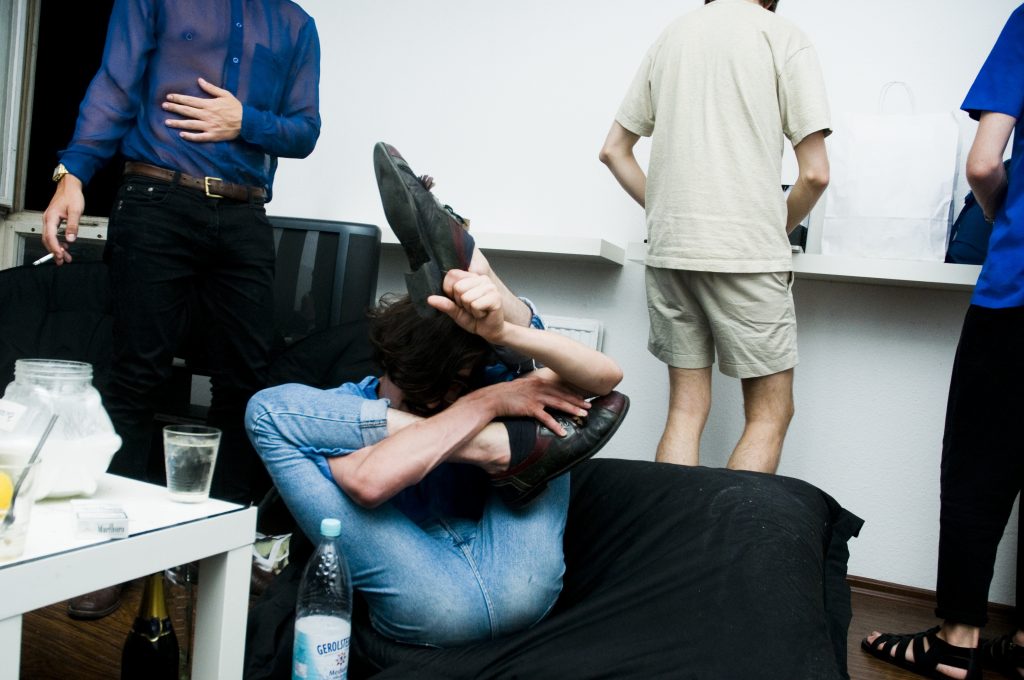 Alberto García del Castillo curates and writes on communities, feminism and queer. Plays his and other people’s writings and works. And collaborates with others in multiple combinations. Alberto has recently published “Oslo” in Girls Like Us magazine, Midpoint (ed.) and Retrospective. Programmed Camilo and Ocaña. Curated La Kermesse héroïque. And is the co-curator of Buenos Tiempos, Int.

Alberto García del Castillo’s first novel, Retrospective, is a comedy-science- fiction novelette about ‘faggotry’ and the art world; depicting a retour-au- passé in contemporary painting and waving to some of the most beautiful homosexuals on Earth. Flaunting otherness, the alert reader can follow a clerk of The Land of Sculptures whilst he encounters the pretty faces of The Painter, The Foreign Painter, The Tyrolese Painter and other people doing art and drugs. Retrospective includes “Thumbs-Up”, a superficial analysis of the normalisation of gayness; “Why Homos Are Better”, a masterpiece of investigative journalism in two parts, that originally appeared in Agony 2 (circa 1988–93), a zine edited by B. Boofy and William Bonifay; a drawing by Jurgen Ots; a photograph by César Segarra; and a poem by Lars Laumann.