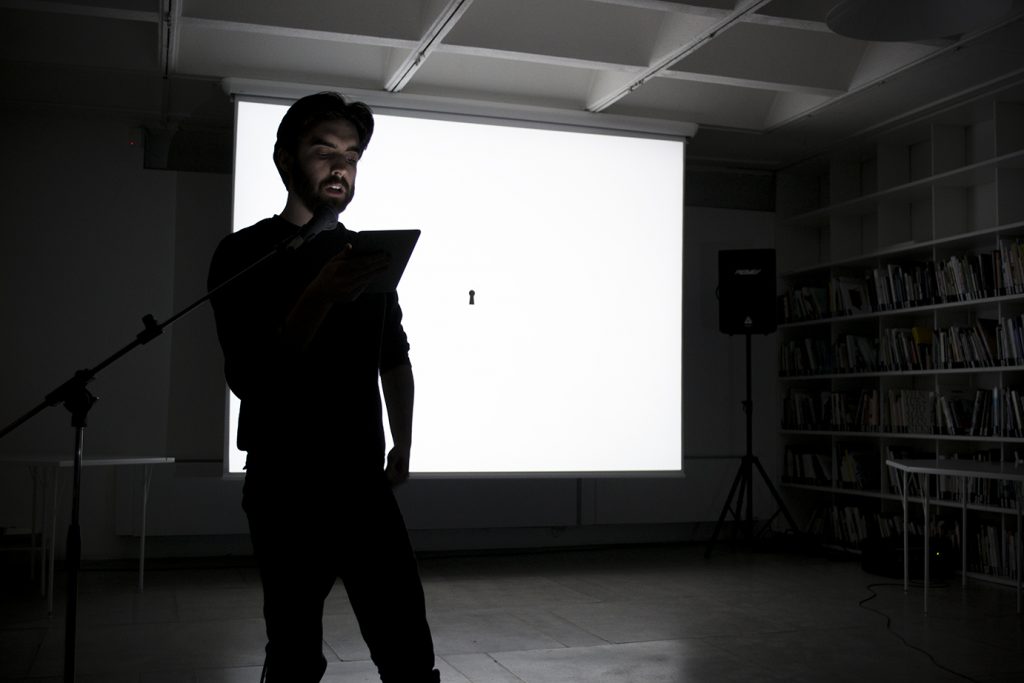 Alex Turgeon (b. 1988, Halifax, Nova Scotia) is a Canadian artist  based in Berlin. He received his Bachelor of Fine Arts from Emily Carr University in 2010. His work has been exhibited and preformed at KW Institute for Contemporary Art, Trans Art Triennial, Spike, Center, Import Projects and Motto Distribution (Berlin), Proxy Gallery and Brown University (Rhode Island), as part of Poetry as Practice online exhibition hosted by Rhizome and the New Museum (New York), Contemporary Art Centre (Vilnius), French Riviera (London), Toves (Copenhagen). Upcoming presentations of his work include the Tate Liverpool (Liverpool) and Art Metropole (Toronto). He was a resident of Rupert during the month of February 2015.

During his residency at Rupert Alex initiated a projected titled The Asshole as the Origin of the World. This project evolved as a thought experiment which began by considering a creation theory that was based on contempt rather than benevolence. Initiated by looking at Gustave Courbet’s L’Origine du monde and essentially queering it, this ongoing project asks: what would a world look like if it was composed of excrement, or that of which is not reproductive, but productive? What motifs and lexicons would be the pillars of this world and how would they operate? The Asshole as the Origin of the World peers into antitheses of established modes of culture and heteronormativity by exploring alternative and sometimes sinister adaptations of difference. Through the research he drew parallels between evolution, sexuality, and therianthropy as a means to develop a cosmology for my hypothesis. The final product of the residency was an epic poem poised to synthesize these parallels into a fantastical and loosely narrative fable. This work was performed at the CAC Reading Room along with animated illustrations which paired with allegories of the poem giving life to some of the imagery presented within the writing. Since it’s initial production at Rupert, this work has been performed either in full or in part at Import Projects and KW Institute for Contemporary Art, both located in Berlin, Germany.