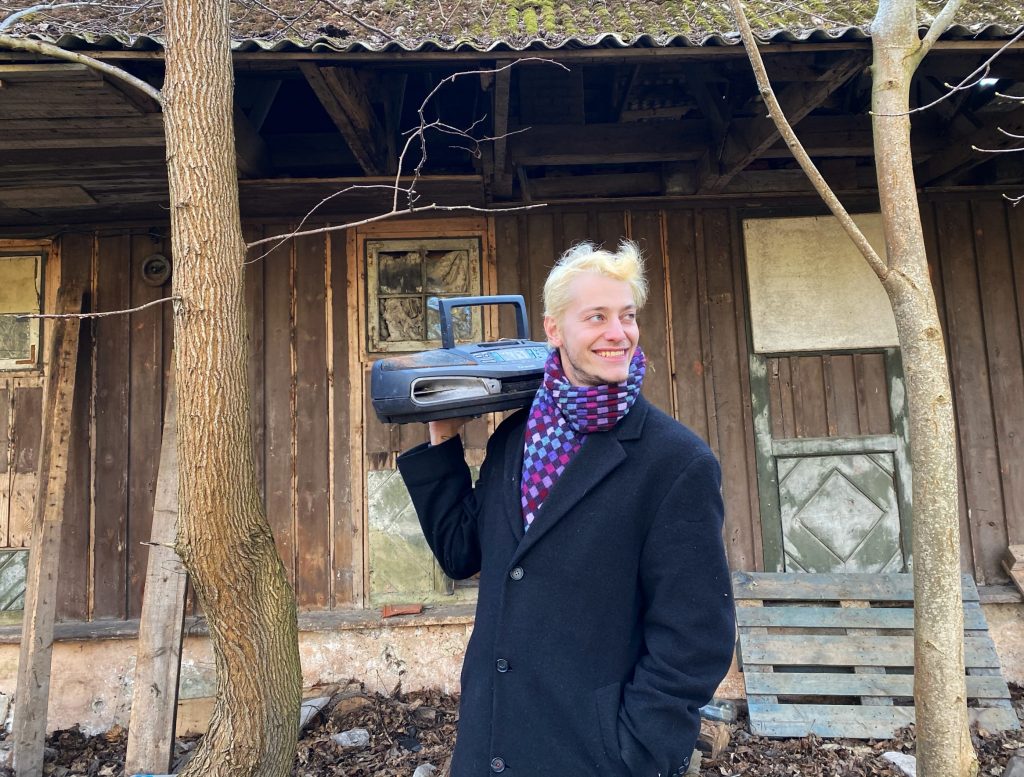 Alexei Gordin (Estonia) is mainly known as a painter, however, he also works with photography, video and performance. Using black humour, Gordin draws attention to the absurdity of the (art) world and alienation, highlighting issues like inequality and the difficulties of marginalised groups. Gordin’s work is influenced by caricatures and combines text and pictures, referring to comics and meme culture.

Alexei Gordin studied painting at the Estonian Academy of Arts (BA, 2011) and the Academy of Fine Arts, Helsinki (MA, 2016). He has exhibited in group exhibitions in Kiasma and Kumu Art Museum. In 2017 he received the Young Painter Prize. Gordin’s works belong to collections of Tartu Art Museum, Lithuanian National Gallery of Art, and Kiasma as well as to Seppo Fränti’s private collection. While working at Rupert residency, Gordin would like to focus on developing new ideas and get to know Lithuanian art scene.