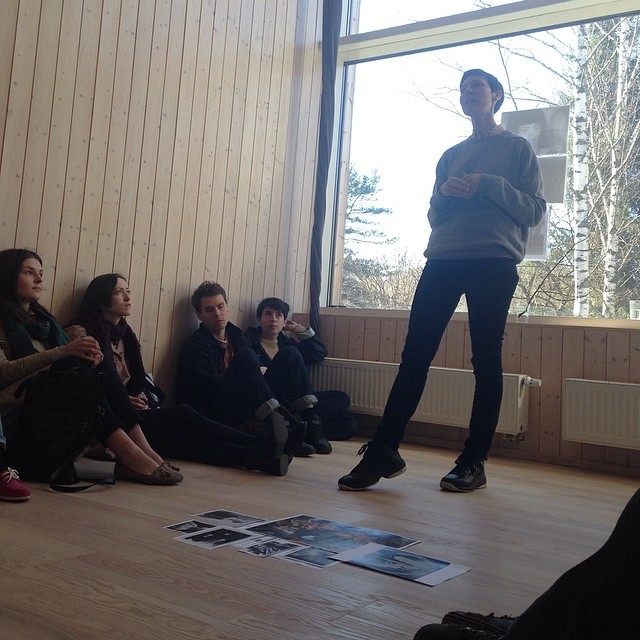 Materialising often as 16mm films, videos, writing, installations, workshops and performances, Allison’s work results from the process of research, writing and conducting an ongoing extra-sensory meeting group; A Development Circle for Radical Subjectivity which uses exercises in psychic development as a vehicle for exploring embodied knowledge and different concepts of subjectivity.  A Development Circle for Radical Subjectivity was developed and first practiced whilst on residence at Rupert, Vilnius in 2014. Allison’s residency was a vital jumping-off point for her film and Development Circle project, Our Extra Sensory Selves which was first screening as part of the 2015 Glasgow International Film Festival, then shown as large-scale commissioned installation at Centre For Contemporary Art, Glasgow, 2015.