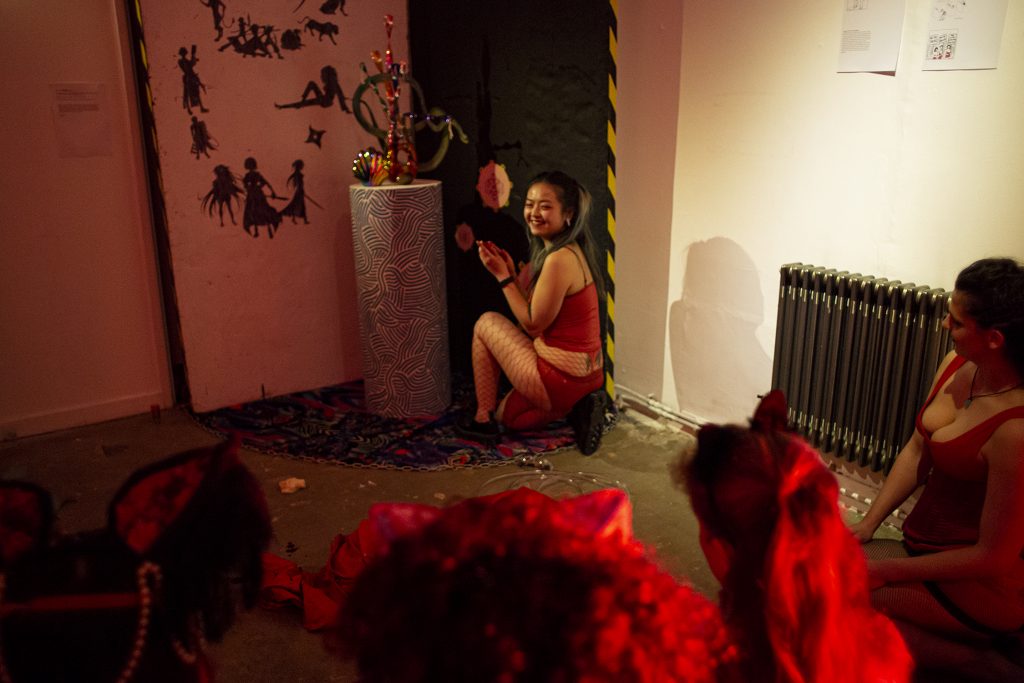 Bea Xu (b. 1992, UK) is a Chinese-British psychic worker who utilises mixed media, ritual and visionary fiction to explore speculative cosmologies beyond our current timeline. Inspired by myth, social &/ digital anthropology and the EcoGothic, she’s interested in engaging (role)play in collective shadow work, informed by her studies and clinical experience at London’s CCPE as a trainee integrative, transpersonal psychotherapist. Bea holds a BA in English from Oxford University and is the creatrix of ritual laboratory LUNARCHY 2.0, which is a participatory space held for magical praxis, decolonized time and non-binary thinking; deriving its name from a lunar model of societal organisation which catalysed the first ever human (r)evolution towards symbolic culture. At Rupert, Bea will be developing and testing Bloodsport > Menstrual Synchrony: a talisman that can record, visualise and enhance a participant’s presence in digital ritual; to manipulate, store and better understand psychic energy.