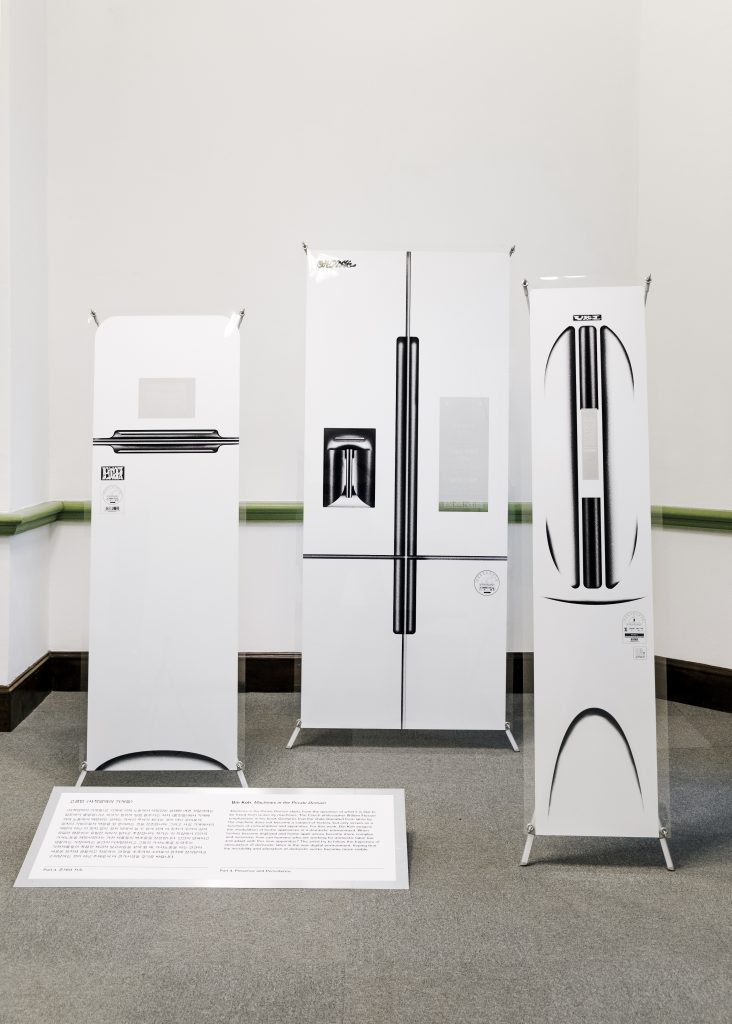 Bin Koh (KR) is a visual artist based in Amsterdam. Her practice deals with the ways that technological development renders the human body and its voice invisible under patriarchal systems of representation. She has completed the Master of Voice programme at Sandberg Instituut (The Netherlands) and her recent works have been shown at Het Nieuwe Instituut, Rotterdam; Framer Framed, Amsterdam; Culture Station Seoul 284, Seoul, among others.

Bin Koh is currently working towards research around domestic objects and visual representations of tech-savviness that are occupying a liminal space in our daily lives. During her residency at Rupert, Bin Koh will develop a series of works called <Motherboard> that explore different gestures to produce/reproduce/repair technological devices. Also, she will host dinners with invited friends and colleagues in Vilnius to discuss the many possibilities of relationships in the domestic milieu and beyond.