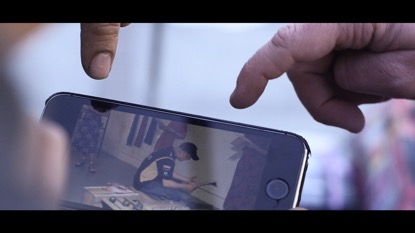 Byzantia Harlow lives and works in London, U.K. Her practice investigates commodity, branding, the unique object, the mass produced and cultural identity. She is interested in pivoting points of value and authenticity, aspiration and desire. Byzantia has been working on a long-term project that has attempted to deconstruct and reconfigure the infrastructure of street markets, exploring the thin edge between the desired and the discarded, the valued and its detritus.

At Rupert Byzantia was researching and developing a project, (Duplicate) No one will drink the water of your well if you yourself do not drink it. Byzantia was creating casts of objects she has encountered, working on a text and collaborating with a local dancer, to transcribe gestures observed at Vilnius markets into a rhythmic performance for a film. This project is supported by Arts Council England.