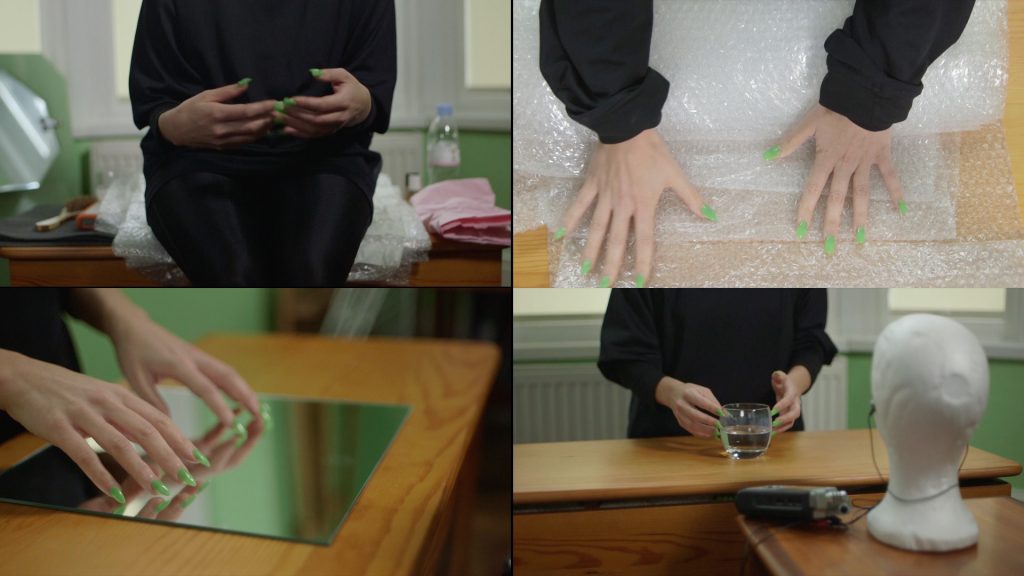 Claire Tolan (b. 1986) is an American artist currently residing in Berlin. Since 2013, much of Tolan’s work has found its foundation in the sounds of ASMR, Autonomous Sensory Meridian Response. Tolan has hosted „You’re Worth It,“ an ASMR show on Berlin Community Radio for more than three years. She has also worked with ASMR in performance, recording, and exhibition, collaborating with musician Holly Herndon, writer and artist Inger Wold Lund, and artist Camilla Steinum, among others. Tolan was the 2015 Goethe-Institut and SPACE Perlin Noise sound artist-in-residence at London’s White Building and a 2016 Musicboard Berlin fellow.

During the residency, Tolan will continue to design and soundtrack her forthcoming fantasy tabletop role-playing game, ShÜSh. ShÜSh is coming. First a bizarre, heavy substance dredged out of the trailing pools of rare earth metal mines, then a global currency, then a viral contagion, ShÜSh becomes an intelligence exploiting a zero-day in the latest upgrade of human consciousness. The game comprises a set of player and game master manuals and a deck of tarot cards with which the game master and players divine the game’s movements. It is accompanied by a soundtrack and an archive of short sounds that players store on their phones and use to punctuate their emotions, thoughts, and memories. May ShÜSh rise to meet you. May ShÜSh always be at your back. May ShÜSh hold you in the palm of its hand.