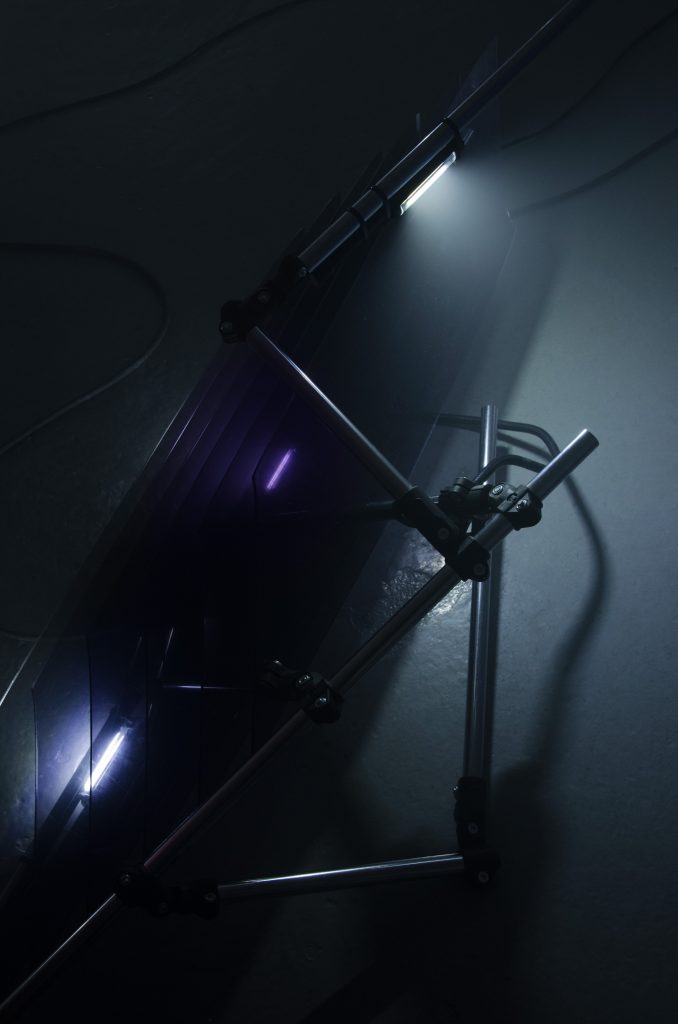 core.pan is Sybil Montet & Simon Kounovsky (France/Czech Republic). Freelancers in the field of video and motion design, they live and work between Paris and Prague. Initiated in May 2016, their project is based on an extensive reflection around symbiosis, high end engineering and consciousness.
The duo’s work experiments with new materiality and the digital as a way to explore the dynamics between mysticism, artificial intelligence, experimental science and biomimetic systems design.  In 2017 they created four solo exhibitions and exhibited in various art spaces and fairs such as Plato, Ostrava; Assembly Point, London; Art Athina Art Fair, Athens; Macao, Milan; A.M.180 gallery, Prague; Noplace gallery, Oslo. Recently they were artists-in-residence at A.I.R Futura in Prague, and opened their group exhibition on the 10th March at Exile gallery, Berlin.

At Rupert they will set up a project at the intersection of land art and VR. It will take the form of outdoor experiments with sculptural works and new media, exploring the ancestral role of natural environments as places of worship. In the meantime they will produce a new piece for a group exhibition in late august, taking place in R1, a former nuclear reactor in the heart of Stockholm.