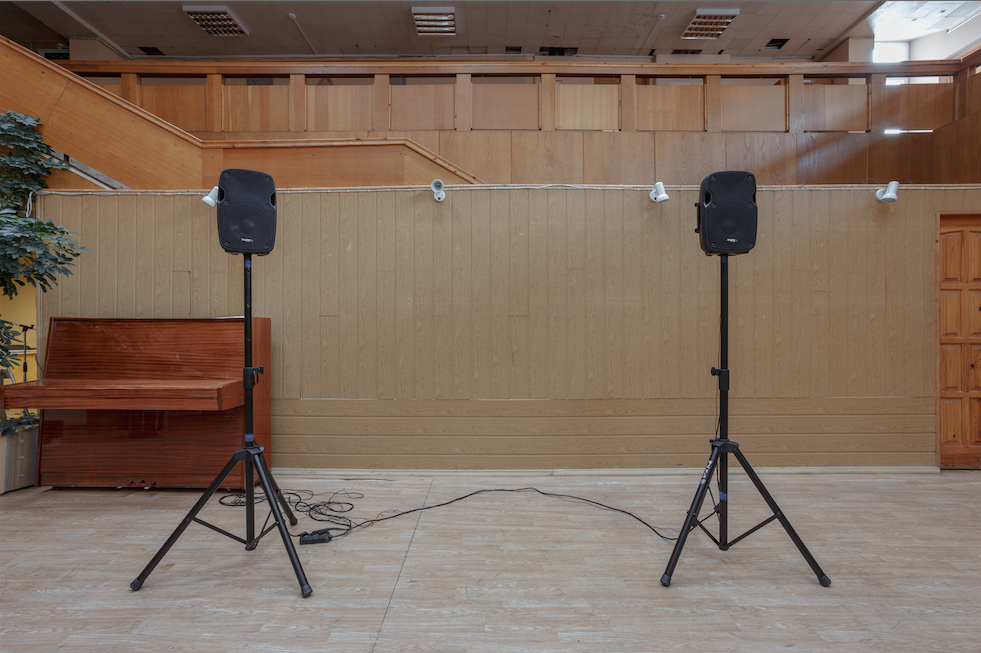 The Academy of Fine Art at Oslo National Academy of the Arts together with Rupert (Vilnius, Lithuania) and The Living Art Museum (Reykjavik, Iceland) present Double Bind, a travelling exhibition of new commissions. Double Bind aims to restore a sense of political agency to private psychological practices associated with failure. Starting from depression and looking more widely into emotion economies, artists were invited to fail and be vulnerable. A confessional tone was assumed by works, architecture and curators alike; a tone regarded as an insurgent force rallying against congealed understandings of psychological pathology and illness and the language of seemingly dispassionate argument in which these are commonly expressed.
Join us for the opening of the exhibition at the Academy of Fine Art at Oslo National Academy on January 21st at 6pm. Meet the exhibiting artists and join Lina Lapelytė, Styrmir Örn Guðmundsson, Valentina Desideri and Denise Ferreira da Silva for performances.

Artist Lina Lapelytė created a new work for a group of four female kanklės players from the famous Lithuanian folk music ensemble Lietuva. The work written exclusively for the kanklės streches understandings of the instrument beyond traditional understandings of its function as merely supportive within the orchestra, and also questions the relationship of its musical function to the role of its players who tend to be exclusively female. Styrmir Örn Guðmundsson’s Butterfly Blues is a nomadic concert performance. It uses sculptures as props and drawings as backdrops for performances of song covers and original compositions by the artist.

The exhibition opens at the Academy of Fine Art at Oslo National Academy of the Arts, Fossveien 24, in the exhibition space on the left of the main entrance on January 21st, 2016 at 6 pm with two performances, one at 6.30 and one at 7.30 pm respectively:

Lina Lapelyte works in London and Vilnius. In her works such as Have a Good Day!, Candy Shop and Hunky Bluff, Lina has been exploring the phenomena of song, using it as an object and examining issues of displacement, otherness and beauty. Re-enactment appears in her works to question everyday life scenarios and glitches. LinaLapelyte has been exhibiting and performing at the Borealis, Bergen; Baltic, Newcastle; Whitechappel Gallery, London; Serpentine Pavilion, London; Queen Elizabeth Hall, London; DRAF, London; CCA, Glasgow; Ikon, Birmingham; BBC Proms, London; Tate modern, London; Contemporary Art Center, Vilnius and others.

Styrmir Örn Guðmundsson’s Butterfly Blues, 7.30 pm
Styrmir Örn Guðmundsson (b.1984 in Reykjavik) is a storyteller, performer, singer, object maker and illustrator. He has a love for the absurd, by which is meant less an obsessive passion for the ridiculous, nonsensical or the odd, than a tender and caring attitude. He takes care of the absurd. He helps it develop. He gives it a place alongside everything else where it can be your most disturbing neighbour and your best friend. Styrmir uses written language as a genesis of his work. Written pieces are adapted into live performances that activate objects, things and gestures. The performances and their narrative, that are delivered in the form of monologues, poetry and songs, serve as an exhibition device for autonomous art objects. Styrmir lives in Warsaw.

The project is a collaboration between Rupert (Lithuania),Oslo National Academy of the Arts (Norway) and the Living Art Museum (Iceland). The project “Interdisciplinary Art Project “Politics of Emotion: Art in the Expanded Sphere”“ is produced under the programme LT07, the EEA Financial Mechanism and Lithuanian Republic.