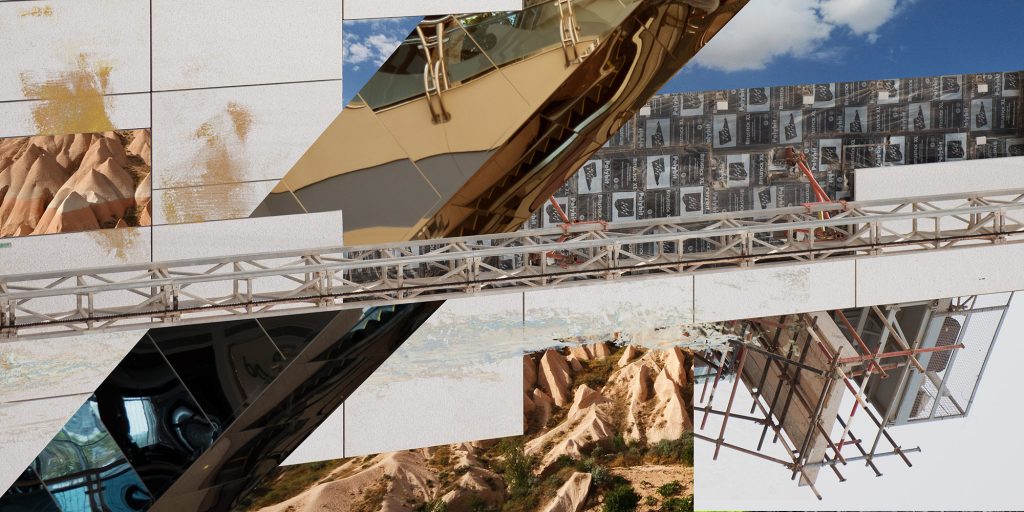 Rupert kindly invites all to join us for a concert ‘Ecologies II: Ecosystems of excess’ by Jacques Gaspard Biberkopf. The event will take place Thursday, July 7 and starts from 9 pm in the courtyard of Rupert (Vaidilutės str. 79). Before the performance food and drinks will be served. The event is FREE of charge.

‘Protocols, mechanics of existence’ (excerpt from a text by Deforest Brown and J. G. Biberkopf):

“The object is set to scale through precise consensus. Its operation is scaled exactly in relation to its potential user. The user and object are aligned in a dance of interface-ability. The relationship between user and object is more or less an augmentation of existing parameters. The object has no function until activated by the user. Prospective in nature, the user redesigns the object as a device. The device responds to the user as the user steers the device. The machinate dualism of the user and device is intelligent in its interlaced threading. Like cells, the responsive reflex of the device correlates to the user.”

Jacques Gaspard Biberkopf is an artist currently based in Vilnius who works within the paradoxical relationship between club music and art music. His music spans club, theatre and digital radio contexts. His recent first EP, titled Ecologies, launched the new Knives label created by Kuedo and Joe Shakespeare of Berlin’s Motto Books.

From cyber ambience and slamming rhythmic constructions, to instant trails of web-filtered grime and beatless studies of net phenomenology, Biberkopf’s first release was intended as a field trip into the representations of nature that emerge from the social media scape. The resulting experience is oddly romantic, stripped of its tangibility yet with a synthetic vitality. In his own words, Biberkopf was intrigued by an oddly “naïve idea of nature that seemed strikingly prevalent in my social environment. I was curious to know how these simulations of Nature work in digital media, how do we do experience these simulated materials”.

The chosen title of his first EP reflects more broadly Biberkopf’s overall musical practice, namely the urge to make music sound as a “self-sufficient” ecology that cannot be traced back to him as a creator, but that rather seems to originate from an actual landscape. In this vein, he works intensively with aural signifiers, taking sounds that are eminent in certain collective consciousness, and noises that work as signs or memes, to explore the semiotics of sound.

The event is organised by Rupert centre for Art and Education in collaboration with Kirtimai culture centre.