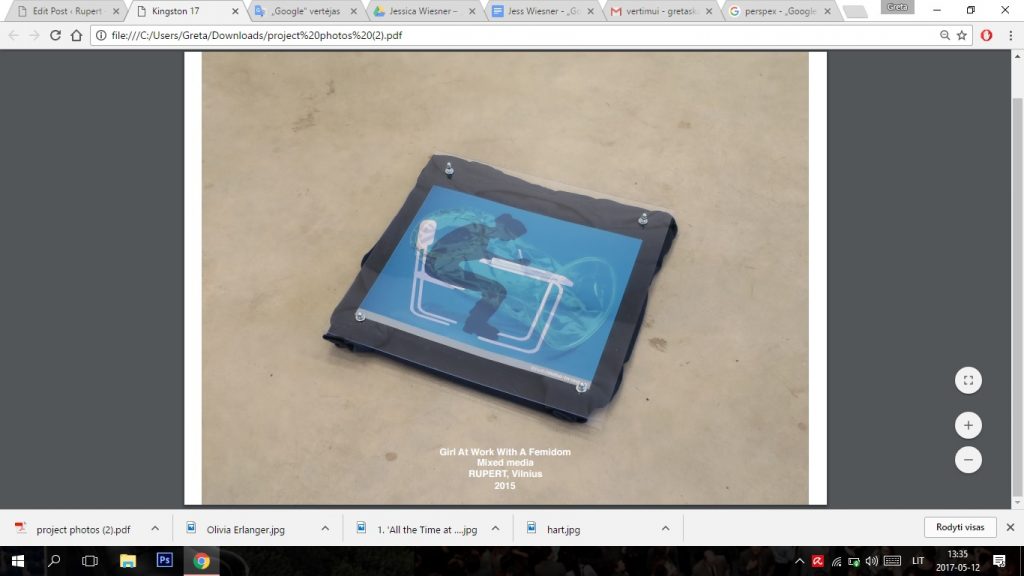 Jess Wiesner is an artist who currently lives and works in London. She attended de Ateliers in Amsterdam and has been exhibiting both collaborative projects and solo work including at Hessell Museum, New York; Wysing Arts Centre, Cambridge; Tate Modern, London; CIC, Cairo; Kunsthall Oslo. She attended the RUPERT residency programme in 2015 and was recently resident artist at Cove Park, Scotland.

Is it possible to evade our own fixed categorisation through slippage, un-becoming, distraction and decontextualisation? Perhaps these gestures could be the start of a tool kit built to both withstand and exploit the openings in new technology. These objects are part of a series of works conceived at Rupert, called ‘Teenager with Viagra’, and ‘Girl at work with a Femidom’. The pieces include clothing, bolted between perspex along with images pulled from a pharmaceutical institutions algorithmic database that have been rearranged. The systematisation of liminal, hormonal, and linear development intersected by the memory of sex(less) education classes and pro-reproduction adult enticements.