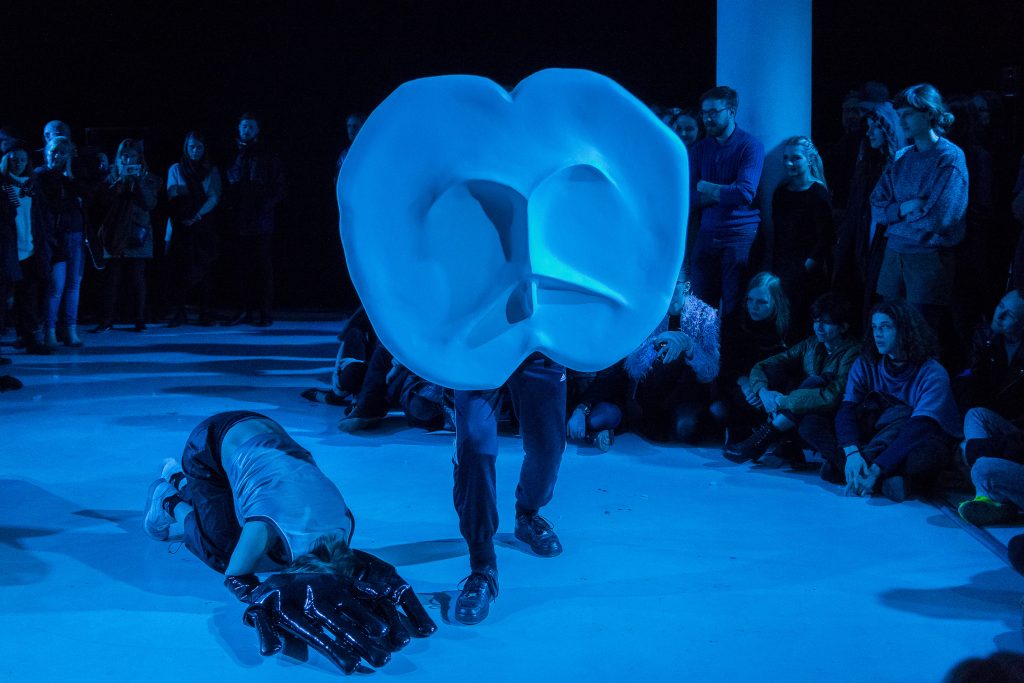 During her 2-month residency at Rupert (March/April 2016) she developed a performance, Plays for the Strange Stranger, which was shown at CAC in April 2016. In the final week of the residency fellow artist (and previous Rupert resident) Floris Schönfeld arrived at Rupert to work alongside her on the project and begin rehearsals. They worked with Lithuanian performers and production team. The performance used sound, dance and fabricated objects to ‘open a channel of communication to the Strange Stranger’, a non-human entity. The work challenged our certainty about what is familiar (and human) and what is strange (and non-human). This position of extreme temporality and uncertainty interested the artists as a receptive position beyond both biocentrism and anthropocentrism.