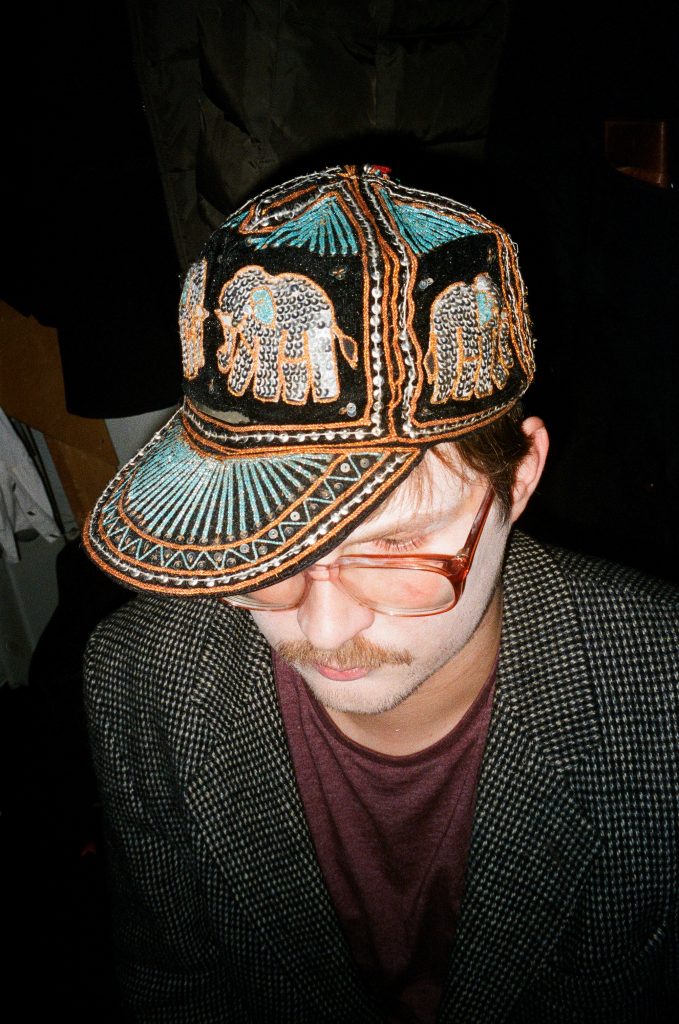 Kaspars Groševs (b. 1983) is an artist and curator based in Riga. Some of recent solo shows are Dancing Water (with Ieva Kraule) at Futura, Prague (2016); Didn’t have wi-fi, so I started to paint at C.C. von Strizky’s villa, Riga (2016); Qu’est-ce que ça peut faire tout ça (with Ieva Kraule) at Shanaynay, Paris (2015); OAOA (Jūras griesti) (with Ola Vasiljeva) at theater house Jūras Vārti, Ventspils (2014). His work has been shown at group at XII Baltic Triennial at Contemporary Art Centre in Vilnius, Art in General in New York, CareOf in Milano, Garage Contemporary Art Museum in Moscow and kim? Contemporary Art Centre in Riga. Kaspars Groševs is sometimes performing with his music and writing for press. Co-founder and curator of 427 gallery in Riga.

Residency at Rupert resulted in series of eight white tapes, filled with patterns, loops and knots. In total eight hours of relentless stream of sounds were generated by echo and the best readymades of 1998. A full working day with no lunch breaks or smoking pauses. In the spirit of Giuseppe Pinot-Gallizio the tape stretches over the time, separated only by necessity. Following the trail of Bebop and Rocksteady White Tapes mimic the plants, mirror the knobs and drown in it’s own delay. The curtain falls: End of Act One.