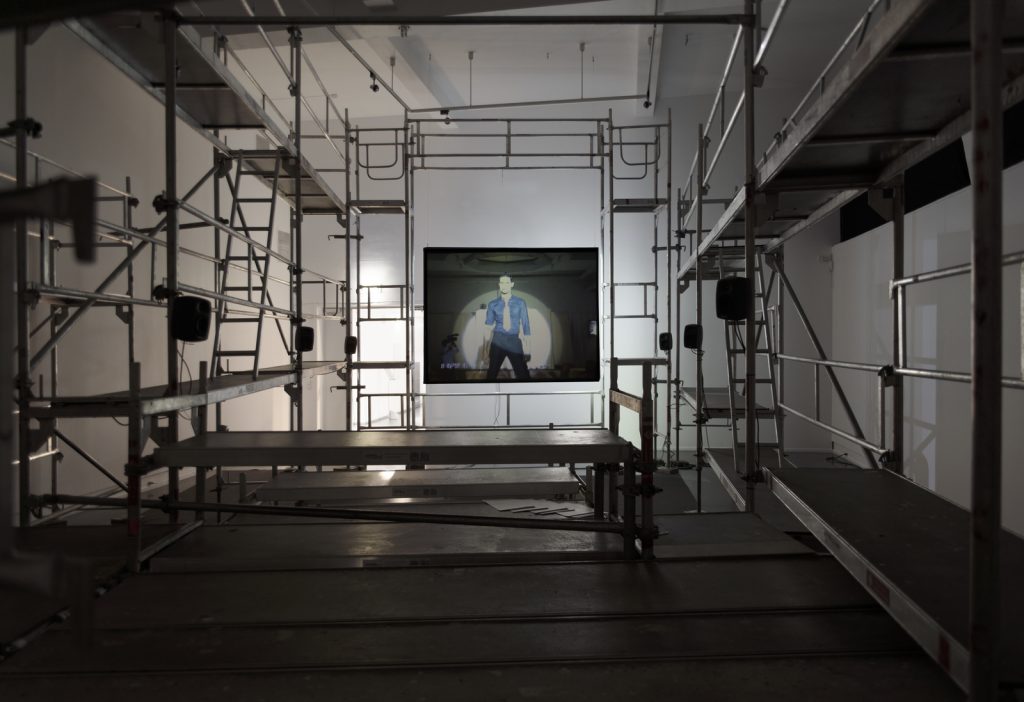 Lars Laumann graduated from the National Art Academy , Oslo (1995-2001) and Nordland Art and Film School in Kabelvåg, Norway (1993-1995). Lars Laumann, Norwegian artist known for his videos, sculptures and installations. He has achieved international recognition for their work, with exhibitions by including the New Museum in New York.His films often have a documentary slant interested outsiders fate, interspersed with a media critical approach. He often uses found orappropriated imagery from the internet or inspired by fan clubs , chat groups or obscure websites online.

During Rupert residency Lars Laumann took parti in ‘Unbuilt’- collaboration project between an architect (Thomas Tsang), a visual artist (Lars Laumann), a composer (Cecilia Lopez), and a poet (Natalie Diaz). Resisting and upholding the disciplinary practices of each artist their work examines and questions the nature of imagination and ambition in plans without a predetermined “object”. The collaborative eye is not a single lens for each artist to look through – instead, it is the single steady gaze of each artist. How are artists inspired or stifled by the pressures of gazing at a collaborative process versus looking forward toward the collaboration’s outcome? The archive of these relationships will result in a future-archeological artifact named as such because it documents a building process that will never become a built body. By the end of the residency, on 26th of August 2016, artists have given a presentation in the CAC reading room. During the event, called ‘Built’, artists shortly discussed their past individual work contextualizing it around the ‘Unbuilt’ project.