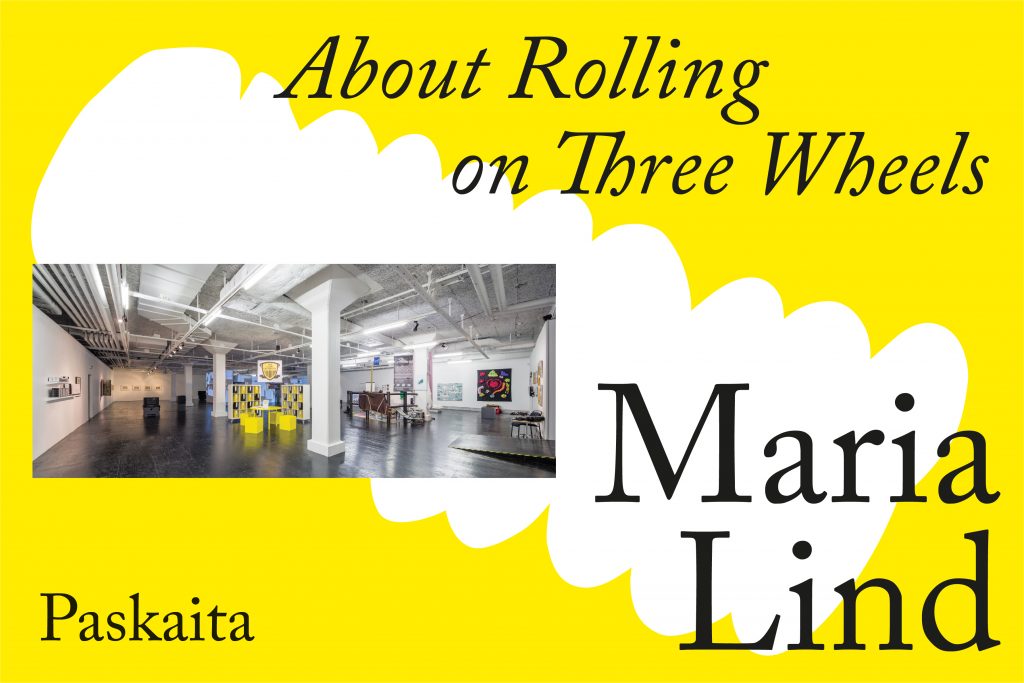 On Thursday 21st of November, from 6 pm Rupert is pleased to invite all to a talk by  Maria Lind, ‘About Rolling on Three Wheels’ at the Vilnius Academy of Arts (‘Titanikas’ building, Room 112, Maironio str. 3).

In this talk, the world-renowned curator will present and discuss the function of curating, writing and teaching – ‘the three wheels’ – and how they interact in her work. Using three case studies – a series of exhibitions in Malmö, Mexico City, Zurich, Stockholm and Manchester, including, Abstract Possible (various locations), Tensta Museum at Tensta Konsthall and the 11th Gwangju Biennale – Maria Lind will delve into what over the years has evolved into a kind of methodology of curating.

Maria Lind is a curator, writer and educator based in Stockholm and Berlin. She was the director of Stockholm’s Tensta konsthall 2011-18, the artistic director of the 11th Gwangju Biennale, the director of the graduate program, Center for Curatorial Studies, Bard College (2008-2010) and director of Iaspis in Stockholm (2005-2007). She is currently working on the 2019 Art Encounters Biennial in Timisoara. From 2002-2004 she was the director of Kunstverein München and in 1998, co-curator of Europe’s itinerant biennial, Manifesta 2 in Luxembourg. She has taught widely since the early 1990s, including as professor of artistic research at the Art Academy in Oslo 2015-18. She has contributed widely to newspapers, magazines, catalogues and other publications. She is the 2009 recipient of the Walter Hopps Award for Curatorial Achievement. In 2010 Selected Maria Lind Writing was published by Sternberg Press, and Seven Years: The Rematerialization of Contemporary Art will appear in the fall of 2019.