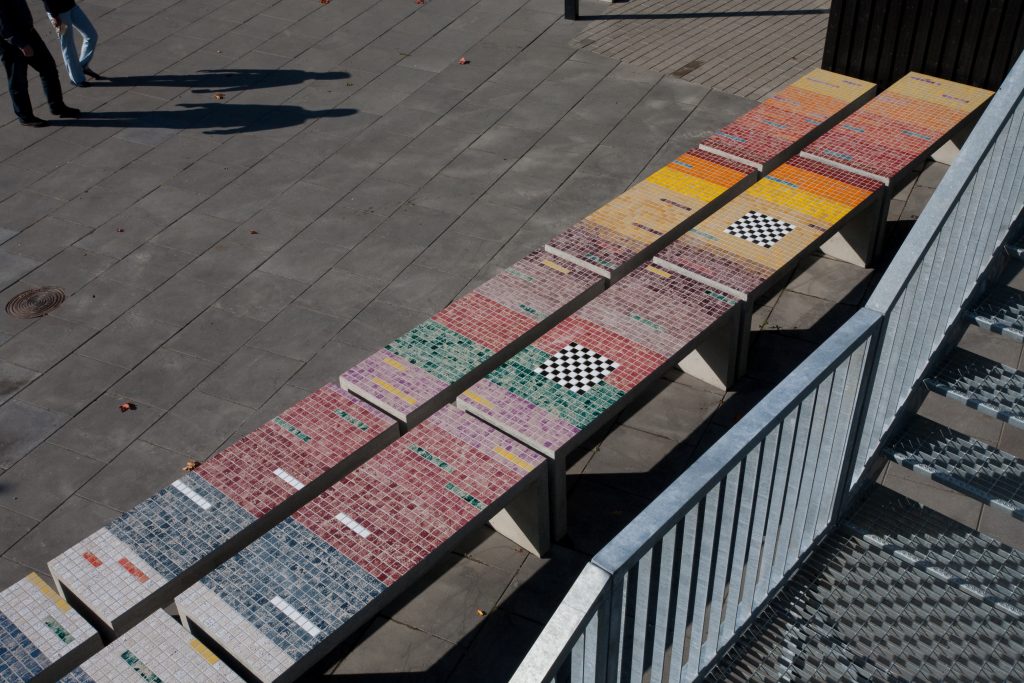 Merike Estna (born in Estonia 1980) lives and works in Tallinn, Estonia. She has graduated from the Estonian Academy of Arts with a Bachelorʼ s degree in painting and from the Goldsmiths College, University of London, in 2009 with the Masterʼ s degree in art practice. The work of Merike Estna is largely invested in the processes of painting, as a way of approaching the artwork as an integral part of life rather than about life. In her process-based work, Estna is embedding patterns and colour combinations from the crafts and applied arts, which have not traditionally been accepted in the visual language of painting. Thus, her work is challenging the masculine territory of painting and questioning the strict visual separation between painting and craft discourses. Initially subjecting canvases to such patterns and application-based treatments, Estna gradually progressed to cover clothes, objects and entire spaces with cottonwool colours, gradually expanding her research into colour and the acts of painting, the possibilities of experiencing and looking at things.