Rupert and the Polish Institute in Vilnius welcome you to a an event featuring artist Mirosław Bałka and curator Kasia Redzisz who will speak about their work with “Otwock”, a project exploring relations between art, place and locality. They will discuss it within the context of Bałka’s pracice as well as introduce the curatorial approach behind the project. The presentations will be followed by a discussion.

The talk will take place on the 18th of December at the National Gallery of Art Auditorium at 6 pm.

“Otwock” is described as a place with twofold meaning. It refers to the hometown of the sculptor, Mirosław Bałka, and the house of his childhood which he has turned it into a studio. The studio triggered a reflection on the relations between art and place in which it is made. The town has become an expanded space of work.

“Otwock” is an exercise in creating a subjective description of the place. Invited artists, curators and writers work with the found context. The adopted method is best described by the notions of site specific and site responsive. The works, the elusive artistic gestures, the texts or events uncover new layers of meanings and form a loose grid of associations and connections. By mutually complementing each other, they pose questions and make proposals leading to changing interpretations and new ways of considering the local.

“Otwock” is realized by Mirosław Bałka and Open Art Projects and is curated by Kasia Redzisz.

Kasia Redzisz is an art historian and curator. In October 2014 she was appointed Senior curator at Tate Liverpool. Since 2010 she has been Assistant Curator at Tate Modern, where she has worked on the major exhibitions, Alighiero Boetti: Game Plan 2012, William Klein + Daido Moriyama 2012, Mira Schendel 2013 and Alibis: Sigmar Polke 1963-2010 2014. She has also worked on the Turbine Hall commission Ai Weiwei, Sunflower Seeds 2010 and curated group shows such as Out of Place 2011 and Objects in Mirror Are Closer than They Appear 2012. In addition to her work on international exhibitions, she is involved in Tate collection, working on Russia and Eastern Europe Acquisition Committee. Prior to joining Tate, Kasia worked at the Museum of Modern Art in Warsaw. In 2007 she co-founded Open Art Projects, a non-profit organisation devoted to contemporary art, where she run a programme of commissions. Her recent projects include exhibitions such as For Each Gesture Another Character at Art Stations Foundation in Poznan 2014 and an ongoing collaboration with Mirosław Bałka, Otwock. She’s an author of texts about art and a regular contributor to frieze magazine.

The event is organised by Rupert in partnership with the Polish Institute in Vilnius. Special thanks to: National Gallery of Art and kim?. Supported by Lithuanian Council for Culture. 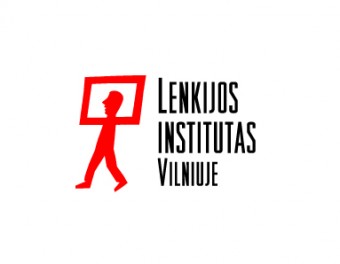