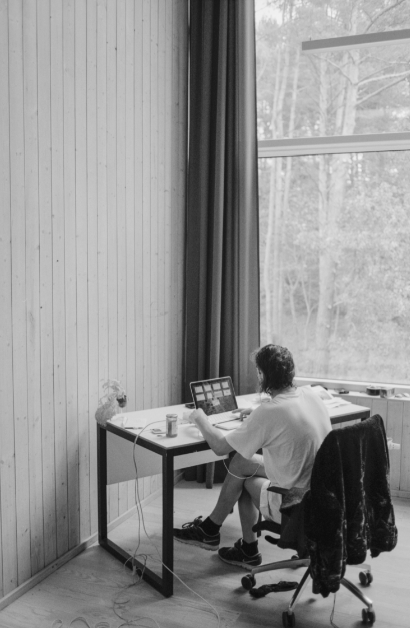 We are also happy to announce artists invited to participate in the residencies program by invitation, their candidacies proposed by Rupert’s team and the National Gallery of Art. Travis Jeppesen will be the artist-in-residency in October and will spend his time working on his new writing and upcoming show at Rupert. August residency will be dedicated to a production of a new project “Unbuilt”, an installation and filmic work co­-created by architect Thomas Tsang, artist Lars Laumann, composer Cecilia Lopez and poet Natalie Diaz. Finally, artists Kader Attia (b. 1970), Julius von Bismarck (b.1983) and Kuai Shen (b. 1978) were proposed by the group of curators (Vytenis Burokas, Vitalij Červiakov, Eglė Mikalajūnė, Eglė Nedzinskaitė), working on the exhibition “Citynature: From Vilnius Further On”, which will open at theNational Gallery of Art in 2017. While in residency at Rupert this July, the three selected artists will be working to produce new works for their upcoming show in Vilnius.