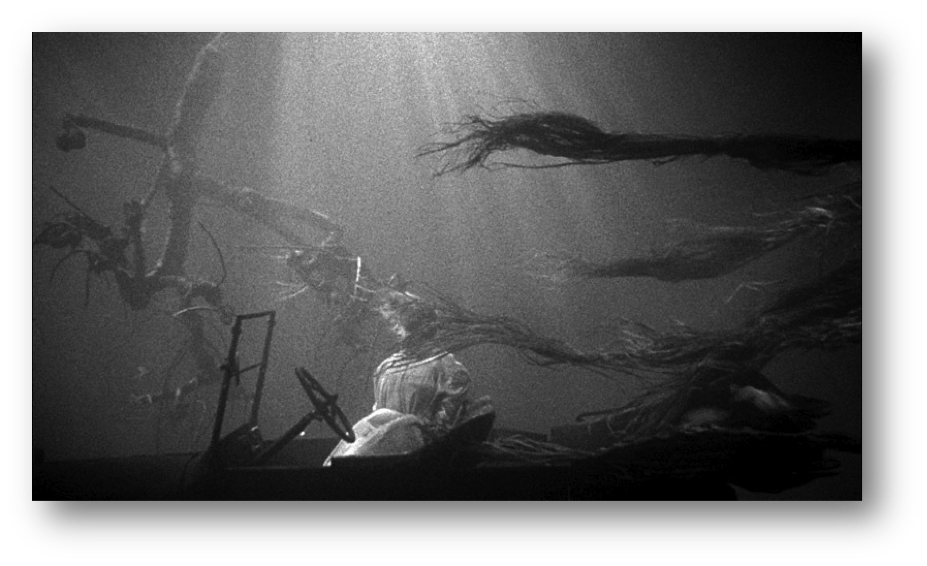 “Getting back to the vertical position”
Learn how to watch a movie
The tools of the director, the gaze of the viewer

Once when I was going to the cinema, viewers were well settled in their seats staring at the screen, right in front of them. Today, I find more often that they have their heads tilted back in order to better swallow popcorn and candies. I would make sure that they get back to the vertical position.
Charles Laughton

In almost all the arts, the author is the one who conceives the work and at the same time the one who realizes it personally. In the movies it does not happen. The film is a text that is born and takes shape through many creative contributions, each of them can in itself constitute a specific artistic expression. Script, photography, acting, stage design, film editing: how do these components relate to each other under the coordination of the director?
The analysis of a famous old black and white classic film, The Night of the Hunter (Charles Laughton, 1955), defined by the French critic Serge Daney “the finest American film in the world”, will help us to recognize a film as text, as a system of complex signs requiring a special knowledge and commitment and will help us also to assess the different components used by the director to fulfill his narrative.
Learning how to watch a movie, studying it, is an act of interpretation requiring the formation of a less passive relationship with the images on the screen, a relationship that is configured beyond the standard fascinated gaze of the viewer, but it is also different from the dazzled gaze of the cinephile. Because it is good to always remember that beyond the technological innovations and the capillarity of its diffusion, cinema has always been based on the dual sense of a scene to watch and a gaze that looks that scene. And this gaze of the viewer becoming more and more aware and less passive is not only a prerequisite for anyone who wants to become a filmmaker but is also the only weapon that we as viewers have not to succumb to the widespread bombardment of multimedia images we receive every day. Interpreting a film and analyzing it into its component parts is a cognitive process that does not involve a separate horizon, the one of movie critics or the one of filmmakers, but rather involves the symbolic forms in which we all spend our daily life.

This is a public event. A lecture will take place at the Italian Cultural Institute (Universiteto g. 4 , Vilnius).