Subscribe for a newsletter
Saturday, 27 October 2012, 6pm
A Talk 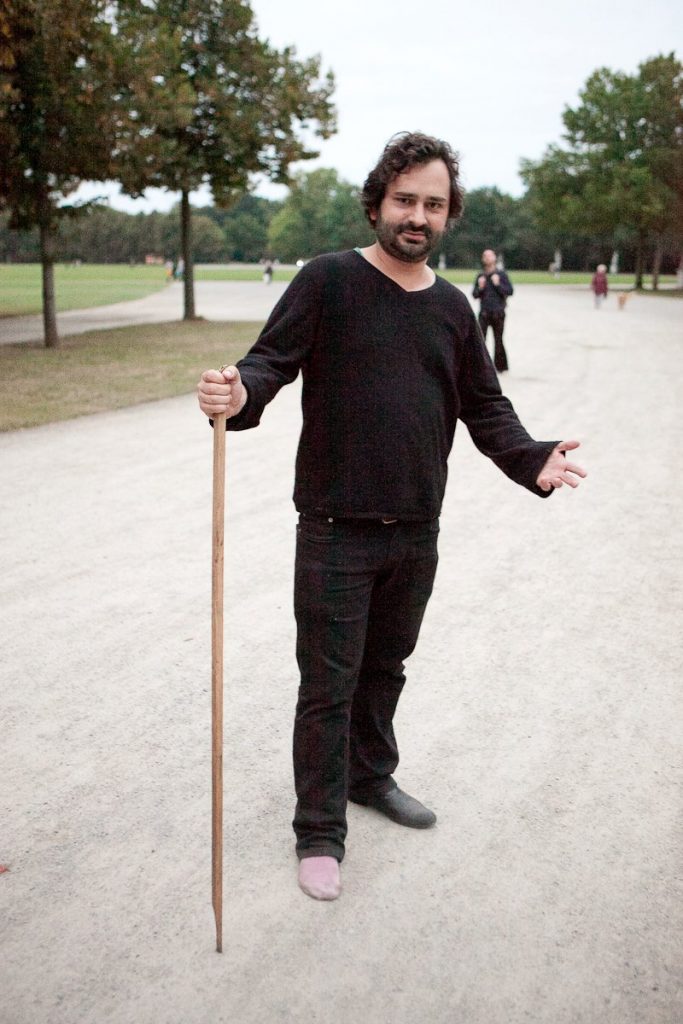 A Talk by Adam Kleinman. You lack the power of understanding; do you understand?

A funny thing happened on the way to the Fridericianum. There, right in front, a man dressed in all black, I assume an activist, had built a small pen with which to contain a large hare, one so large its ears must have measured at-least 40cm. Trying to get a gauge on the situation, I noticed a small sign; it read, “The Hare is Alive”. I took this of course as an allusion to Joseph Beuys’ 1965 performance, How to explain pictures to a Dead Hare. Don’t ask me why, the association just came as a flash, after all, we were standing in front of a central exhibition space during the run of dOCUMETNA (13), a space which had been “occupied” just a few days prior by various protesters, and one that is still occupied by Joseph Beuys’ 7000 Oaks – City Forestation Instead of City Administration, a project initiated in 1982 at dOCUMENTA(7). But in any case, I couldn’t quite square the overall allegory of putting the hare in a pen, and warding over it, all in front of an art exhibition-cum-festival. As such, I went to speak with the man, who in very imprecise terms told me how this was a “capitalist rabbit” bread on a farm, that will be auctioned to the highest bidder. I asked, what are you protesting then, sounds like the rabbit will instead be liberated from a neo-feudalist instance through capitalism…I wondered was he not really an anarchist as I had first though, but really a classical liberalist in disguise? He then told me, you lack the power of understanding; do you understand? Perplexed as to how to answer this trick question, my mind drifted to two things; the first was that we would make a team to steal the rabbit and set it free, a jail brake (we tried, and failed, but that is another story, which lead to another enigmatic quote from our man in black; “The rabbit hasn’t learned to be free”), and the second, about protests, and politics, mixed agendas, and various crises of representation. This intern, pickled by the “hasn’t learned to be free” idea, led me to revisit an incident at the 1972 Wattstax Music Festival, a concert in L.A. put on to commemorate the seventh anniversary of the infamous Watts Riots, the worst that city had ever scene up until that point. Now no good story teller spoils the plot—which of course is a coy cover for the fact that I still cannot crack the man in blacks riddle—but in any case, come join us, in Vilnius, for a screening of some songs, and images—yes, of this incident at Wattstax Music Festival, of course!–and a few reflections.