There Was a Forest in the Ceiling 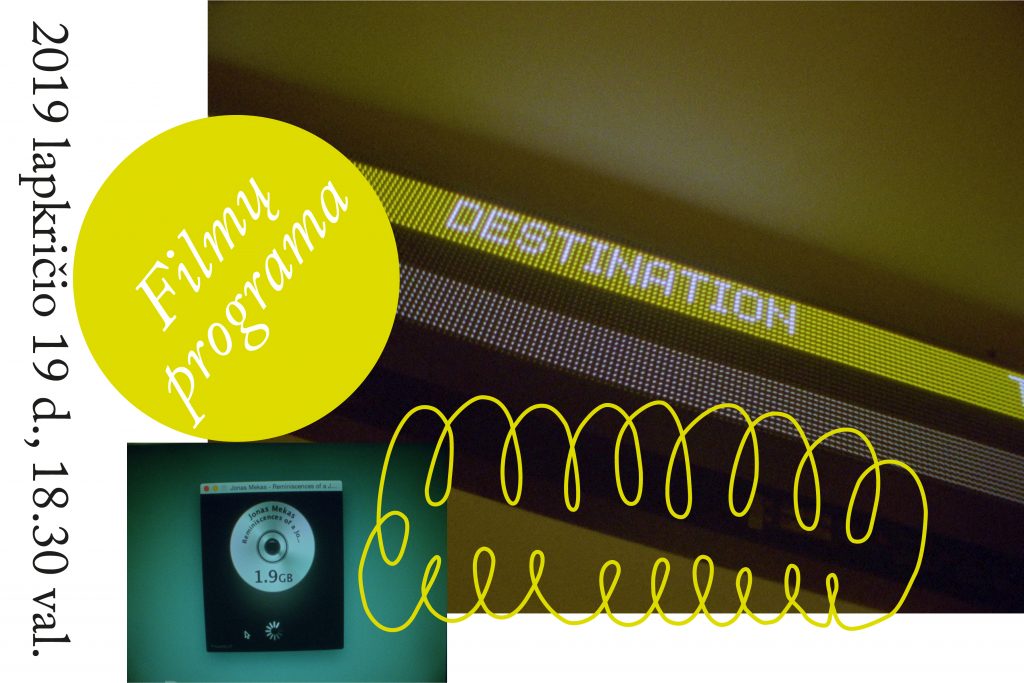 On Tuesday 19th of November, from 6:30 pm, Rupert is delighted to invite all to a video screening programme curated by Erik Martinson. The event will take place at the CAC Cinema Hall (Vokiečių str. 2).

From his childhood bed where he convalesced from serious illness, fantasy author Alan Garner imagined ‘There Was a Forest in the Ceiling.’ Garner would assertively slip into the mind’s foliage taking form on the ceiling’s blank canvas: a new inhabited world, rich with detail, and a needed escape for an immobile body.

‘I Had Nowhere to Go’ is a detailed journal of Jonas Mekas’ experiences as a Displaced Person (D.P.) in the aftermath of World War II and his eventual migration to the USA. In 1947 he makes an entry describing a disconnected feeling and the solace writing brings: “My only life connection is in these scribbles. Here I stand, this moment, now, with my arms hanging down, the shoulders fallen, eyes on the floor, beginning my life from point zero. I don’t want to connect myself to this world. I am searching for another world to which it would be worth connecting myself.” From floor to ceiling, other worlds are possible.

During the Cold War era Soviet and American researchers alike were invested in a “psychic arms race.” One focus of this research was Remote Viewing, described as: “… the ability of a person to perceive, by an intellectual process, remote physical locations blocked from ordinary perception by distance or shielding.” The mind could be freed to travel without the body.

The works in this programme consider immobilizations, displacements, migrations and longings. Personal identities and realities of the in-between are shaped through speculations: images in the mind’s eye, or as patterns of light and sound projected, as if sun and wind through branches casting light and shadows on the wall, a floor, or perhaps a ceiling.

Special thanks to: the artists, Cinenova, CAC Cinema Hall, and Nordland College of Art and Film.
Rupert programmes are partially supported by the Lithuanian Culture Council.
The event is partly supported by Office of the Canadian Embassy to Lithuania, ( @CanadaLithuania)