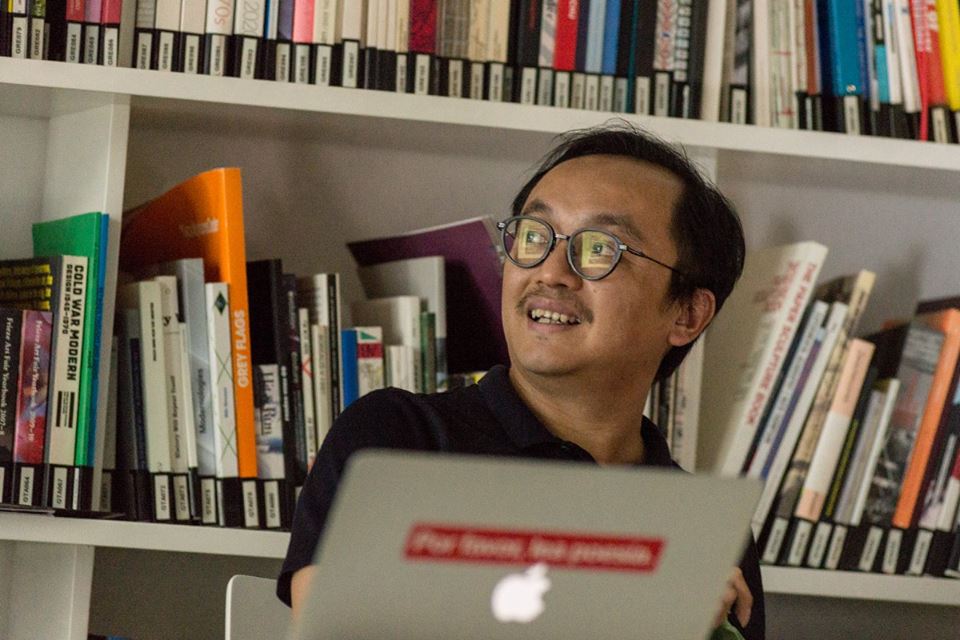 Thomas Tsang was born in Borneo, Malaysia. Trained in architecture, worked as artist and curator based in Hong Kong, and founder of DEHOW PROJECTS. His work integrates artistic practice with architecture in installations and exhibitions. His curatorial projects include Cloud of Unknowing: A City with Seven Streets (2014) at Taipei Fine Arts Museum (with Roan Ching-yueh), Grand Opening Projects (2013–2015) at Miniature Museum, Beijing, and Mobile Biennale (2016). He recipient of numerous awards, including the Shinkenchiku-sha Prize, a Graham Foundation award, and the Rome Prize by American Academy in Rome, Civitella Ranieri Fellowship, and Mellon Visiting Artist at the Susan and Donald Newhouse Center for the Humanities at Wellesley College. His publications include On the Edge: Ten Architects from China (2007), and he is MoMA symposium on the publication Open City: An Existential Approach (2015). Taught at the Cooper Union and China Academy of Art, and currently an Associate Professor at the University of Hong Kong.

During Rupert residency Thomas Tsang took part in ‘Unbuilt’- collaboration project between  poet (Natalie Diaz), a visual artist (Lars Laumann), and a composer (Cecilia Lopez). Resisting and upholding the disciplinary practices of each artist their work examines and questions the nature of imagination and ambition in plans without a predetermined “object”. The collaborative eye is not a single lens for each artist to look through – instead, it is the single steady gaze of each artist. How are artists inspired or stifled by the pressures of gazing at a collaborative process versus looking forward toward the collaboration’s outcome? The archive of these relationships will result in a future-archeological artifact named as such because it documents a building process that will never become a built body. By the end of the residency, on 26th of August 2016, artists have given a presentation in the CAC reading room. During the event, called ‘Built’, artists shortly discussed their past individual work contextualizing it around the ‘Unbuilt’ project.