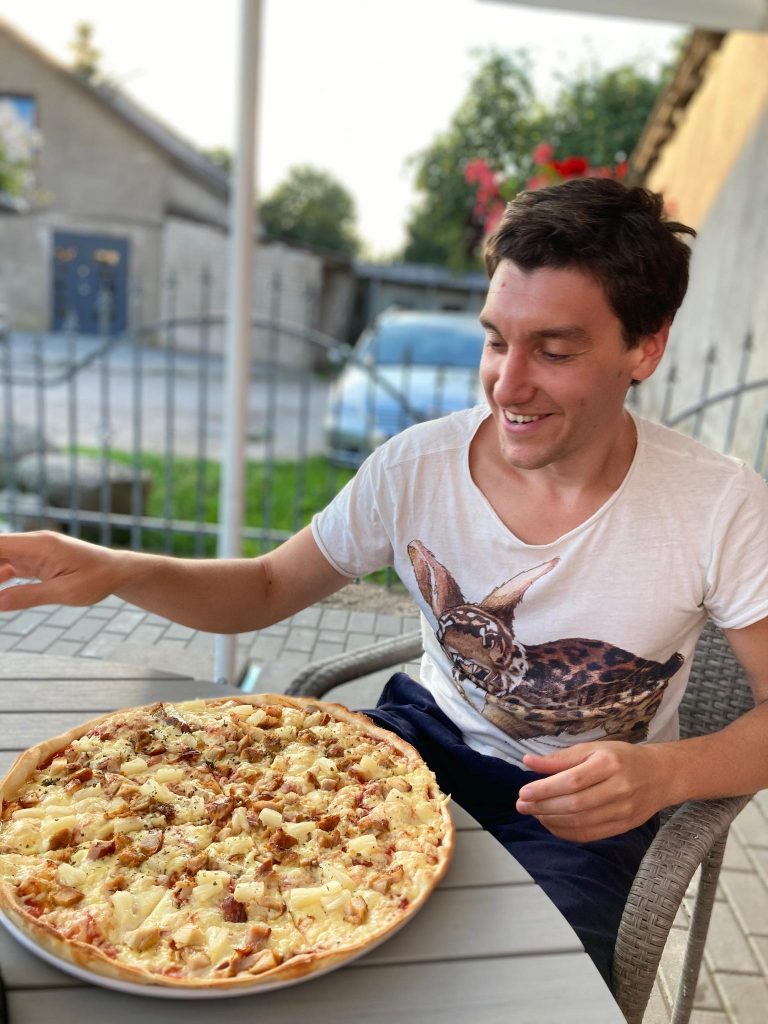 Tomas Daukša (Lithuania). In 1990 Tomas Daukša started attending kindergarten ‘Fairy Tale’ where he developed an interest in spontaneous processes and collaborative practice. Of many noteworthy projects implemented during that time, arguably the most extraordinary was a mass unsanctioned escape orchestrated in collaboration with another nursery school. Parallel to these spontaneous events Daukša attended music school for eight years where he learned to play the piano. After graduating from school he never touched the instrument again and claims to have successfully lost all of the skills he obtained during that period. In 2019, Daukša was awarded his doctorate from the Vilnius Academy of Arts.

At Rupert, Daukša will start his new project of which the preliminary title is WOTBOEO (Worshipers of The Mysterious Blob of Extra-terrestrial Origin). It is currently unclear what direction this project might take, however it is certain that fountains will play a major role.