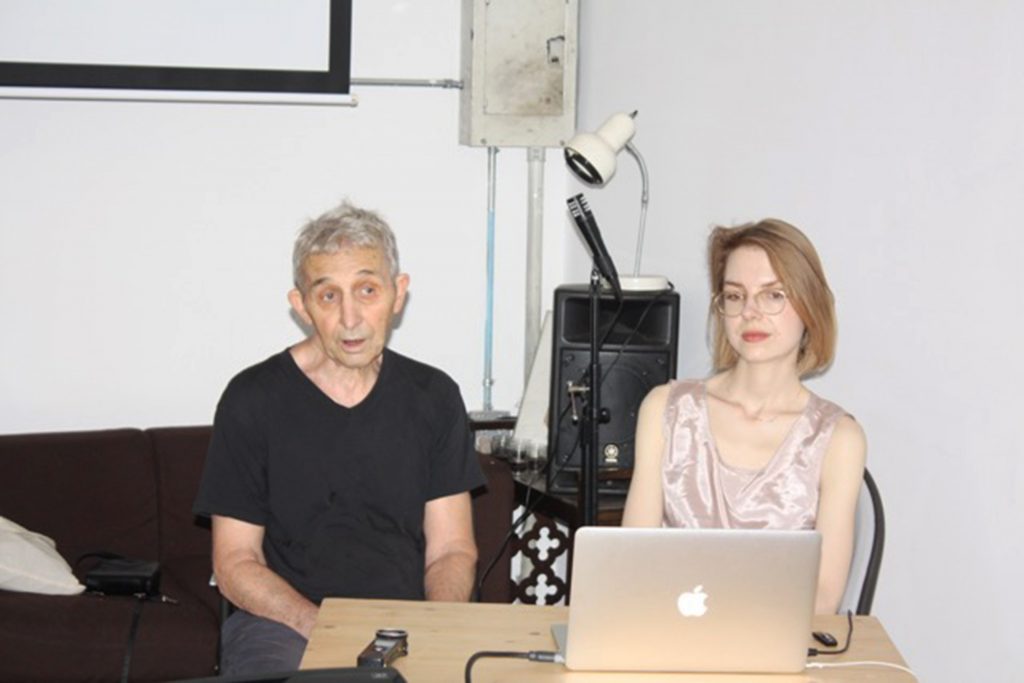 Weronika Trojanska is an artist, who also write about art. Graduated from Academy of Fine Arts in Poznan and Sandberg Instituut in Amsterdam, she investigates in her artistic practice notions of auto/biography and the self as fictional constructs – by inhabiting particles of other person(s) and thus constructing her “Polyphonic Autobiography”. Weronika has ‘collected’ in her body and mind inter alia a handwriting of Dutch sculptress and ballet dancer – Margot Zanstra, as well as voice of American artist – Elaine Sturtevant. Her recent endeavor based on embodiment of George Maciunas’ laughter, as a way to evoke personality. So far she presented her work in Amsterdam (Rongwrong and San Serriffe), Athens (3 137), Los Angeles (MuzeuMM), New York (Printed Matter), Singapore (ICAS), among others. As an art writer she has been publishing her texts in different Polish- and English-speaking media, currently she writes regularly for an art magazine Metropolis M and Arterritory.com.

“Fluxus was a joke!” – said George Maciunas, the founder of the Fluxus art movement, in one of his last interview. He had a very unusual sense of irony in him, which was also a quality of the nature of many of the Fluxus works that he cultivated and fashioned. Supported by Charles Dreyfus audio recording and radio interview that Maciunas gave in 1977 Weronika went to Lithuania (his homeland) to learn the manner he was laughing, as a way to evoke his personality into hers. This process had taken a form of self-reflexive conversation, conducted with Jeffrey Perkins (an artists and filmmaker, associated with Fluxus, who is currently working on a documentary film about Maciunas) and recorded in New York City (where George lived most of his life).