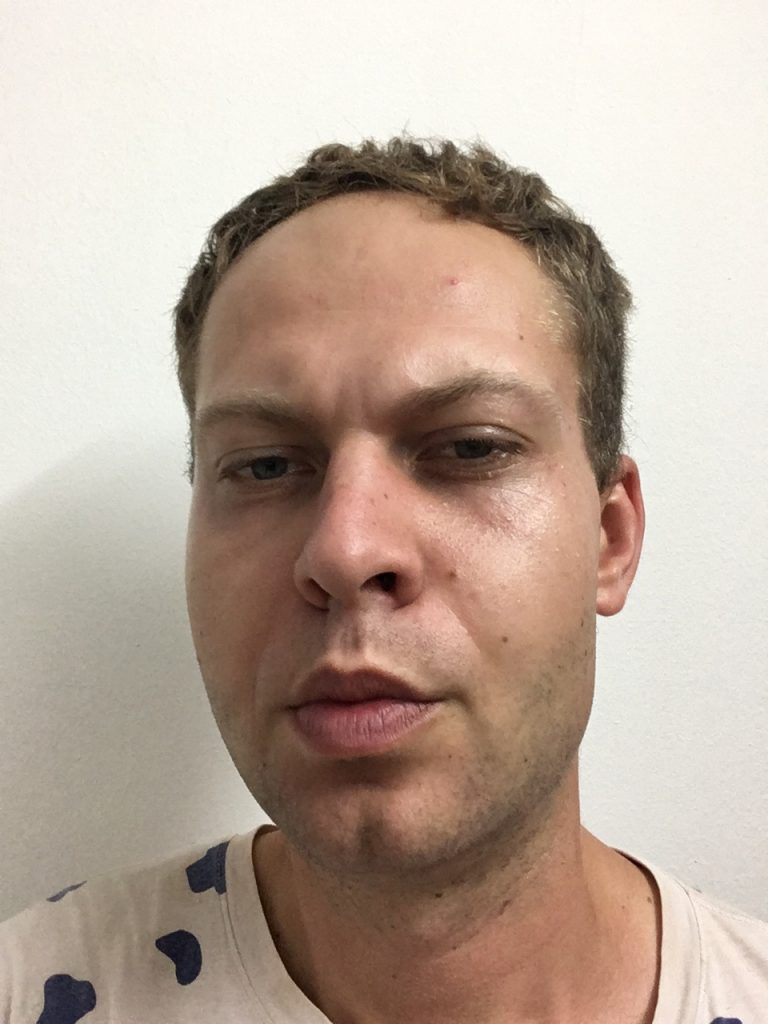 Žygimantas Kudirka (b. 1987) is a writer, artist and a performer, one of the pioneers of slam poetry in Lithuania. Performed in multiple audiovisual and sound poetry collaborations, makes constant appearances in contemporary art events. Has won multiple awards and nominations in the fields of music, advertising, visuals and literature.

He plans to develop and alternative branding strategy for Lithuania as an art project. Lithuania is quite a young country, that has yet to rediscover its image. Every official country branding campaign differs from each other and has no continuity. The image of a country is shape-shifting, while the country itself is changing in a hardly conceivable pace. So the very act of branding a country serves as a monument for one of a hundreds of different possible perceptions of our country. If advertising agencies can suggest their view of a country – why shouldn’t an artist make his own version of that? Therefore the artists sees a branding campaign as a good platform for a range of works (music album, visual identity, clothing, book, etc.). This project would serve as an alternative version of country branding – with no pretension to become an official one.  It will be more like a weird fantasy contemplating our recent state and shaping a much more interesting perspective. There’s also an introspective play here – because his family name is Kudirka – my grandfather wrote the national anthem and has a monument of himself in a central square of Vilnius. All of that will become a platform for all his upcoming works during next year.