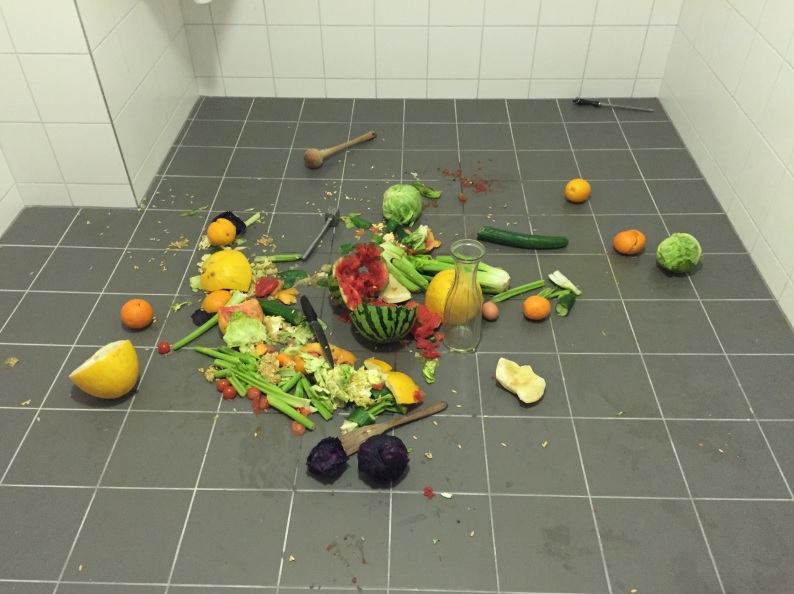 Tainted by an on-going curiosity in closed hierarchical networks, they selected a range of sounds, images and materials to behave as entry/exit thresholds. Their interpretations focused on single-location films and TV sitcoms, and these interior landscapes influenced their decision to develop work applying the working title EIVOM EMOH, an opposite reflection of the word ‘HOME MOVIE’. Research focused on ways of controlling an environment, be it real or fictional. Referencing everyday reactions to public spaces, they created a series of drawings hand-picked into upholstery foam, similar to marks cut into furniture, such as bus seats. The corruption of everyday objects evolved alongside experiments into Foley artist techniques. Identifying specific materials used in acts of on-screen violence, they sampled sounds and used this new perspective to generate videos and sculpture. This led to an audio-visual performance, where a selection of scenes cut from feature films (showing traumas to the head), was accompanied by live choreographed vegetable-snapping.