Eating the longest word in the Greek language, Brud, Totál and Rupert 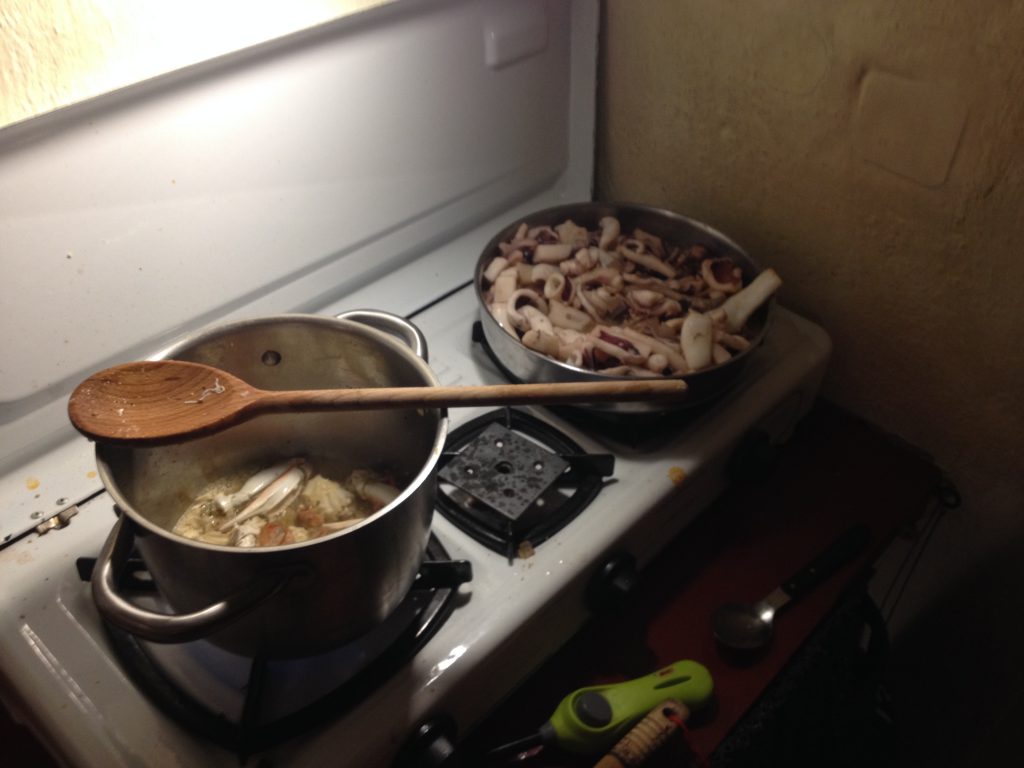 In the summer of 2015, Brud (Warsaw, Poland), Totál (Athens, Greece) and Rupert hosted a residency in the island of Kea, Greece inviting artists, writers and curators from Lithuania, Poland, Italy and the UK to cook and eat the longest word in the Greek language – a compound noun listing ingredients for a stew. «Λοπαδο-τεμαχο-σελαχο-γαλεο-κρανιο-λειψανο-δριμ-υπο-τριμματο-σιλφιο-καραβο-μελιτο-κατακεχυ-μενο-κιχλ-επι-κοσσυφο-φαττο-περιστερ-αλεκτρυον-οπτο-κεφαλλιο-κιγκλο-πελειο-λαγῳο-σιραιο-βαφη-τραγανο-πτερύγων» came into existence in 391 BC in Aristophanes’ “Assembly Women,” a comedy about Athenian women masquerading as men, voting themselves into power and instating a proto-communist system of governance centred around state ownership. The dish appears at the final scene of the play where Blepyrus (the husband of the female protagonist) invites the audience to join him at the communal feast where “lopado…” is being served.

During a brief stay in Athens followed by a week spent in the island of Kea, participants sought to learn about the history of the dish and source its many, often rare ingredients. Some, including the seeds of the ancient plant Silphio were replaced by close substitutes such as fennel seeds, μούστος by πετιμέζι and so on, while other alterations based on dietary restrictions were also made. Nonetheless, the majority of ingredients including that of shark flesh were procured and the dish was prepared according to recipe. Locals were invited to join the feast and taste the dish.

A small trailer documenting our activities there can be found here: https://vimeo.com/138061991
A small publication is also slow-cooking, hoping to come into existence in 2016.

For their generous support towards residency related costs for Vytautas Volbekas and Elena Narbutaitė as part of the project “The influences of interdisciplinary exchange in art” we would like to thank the Lithuanian Council for Culture. We would also like to thank Nikos and Veta Tounta for their generous hospitality and finally Brud for sparking the idea for this chimposium.