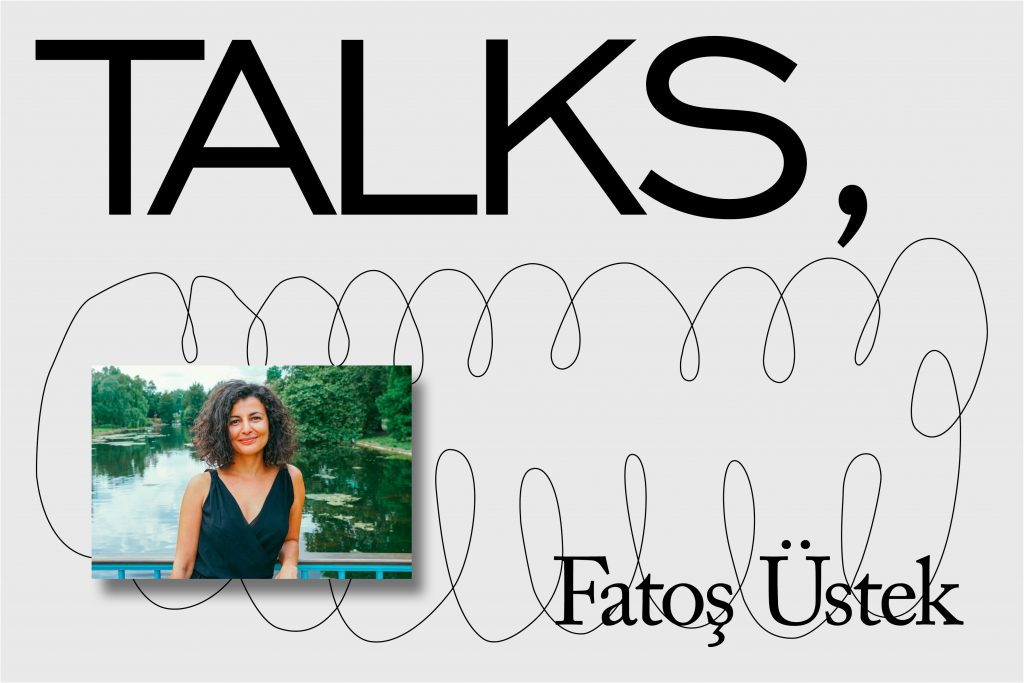 Rupert kindly invites you to a talk by London based curator and newly appointed DRAF director Fatoş Üstek titled, ‘Curating beyond exhibition making’. The talk will take place in Pakrantė gallery space (Vaidilutės str. 79) from 6pm on 28 March (Wednesday). The talk is part of the 6th Rupert Alternative Education Program and it will be held in English. Entrance is free and open to public.

For Üstek curating is a form of agency that activates the social and public. Her work as an independent curator investigated multiple forms of exhibition making and approached the practice from a non-institutional perspective.  In her work, she aims to investigate the potential for curating both with and beyond institutional parameters. In her talk for the Rupert Alternative Education Program, Üstek will be focusing on the last two projects she has curated in London: fig-2 which took place at the ICA in London, a composition of 50 contemporary art projects realised in 50 consecutive weeks in 2015, and Art Night 2017, a one night only festival dedicated to artistic experimentation, outside the formal setting of art institutions, that takes place the first Saturday of July annually. Both projects differ in scale and artistic activities, and explore possibilities of alternative modes of curatorial and artistic production and institutional engagement.

Additionally, on Thursday, Fatoş Üstek will lead a workshop for the participants on 6th Rupert Alternative Education program. The participants are encouraged to present a speculative proposal for a work or an exhibition, that is built on their urgencies and desires. Afterwards, a discussion amongst peers reflecting the ideas presented as well as curatorial feedback by guest tutor Fatoş Üstek and Alternative Education Program curator Adomas Narkevičius is to take place.

Üstek is also the curator of miartalks 2018, Milan; she was chief-juror for the Celeste Prize, 2017; juror for the sculpture section at the 2017 Arte Laguna Prize, Venice. She is founding member of the Association of Women in the Arts (AWITA); a trustee of Art Nights; member of Block Universe advisory panel; member of The International Association of Art Critics (AICA) in United Kingdom; and she is an alumna of the Independent Curators International (ICI).

Üstek acted as associate curator for the 10th Gwangju Biennale in South Korea 2014; and has curated an opera in five acts at DRAF, 2012, London; an exhibition trilogy, Now Expanded, that took place at Kunstfabrik, Berlin, in 2007; TENT, Rotterdam, in 2009, and DRAF, London, in 2012. She has also curated several group shows in Europe, the Far East and Turkey. Üstek is founding editor of Nowiswere Contemporary Art Magazine (with Veronika Hauer) active between 2008-2012. She is the editor of Unexpected Encounters Situations of Contemporary Art and Architecture (Turkish Only, 2012; English version, upcoming) published by Zorlu Centre, Istanbul and the author of Book of Confusions, 2012, published by Rossi&Rossi, London. She curates, lectures and publishes internationally. In 2008 she received her M.A. at the Contemporary Art Theory Department at Goldsmiths College London, after completing her BA in Mathematics and a degree in Film Studies at Bogazici University, Istanbul.

On 28 March, there will be a free shuttle bus operating between Vilnius center and Rupert. The bus leaves from the main entrance to Bernardinai garden (Maironio street) at 5:15 pm, and returns after the talk at 8 pm. Please register for the bus here: https://goo.gl/forms/ekMru8t5rB5bSngL2