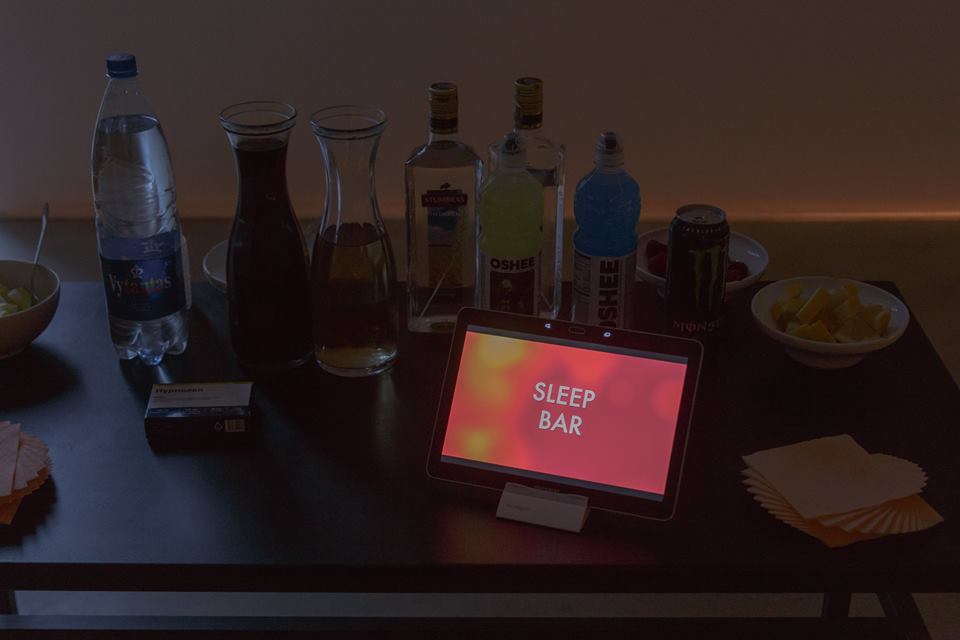 Luca Iemi (1988, IT) a PhD candidate at the Berlin School of Mind and Brain, Humboldt University working on a project titled, “Uncovering functional role of spontaneous alpha oscillations in visual perception”. Previously he was a student and researcher in Paris at the École Normale Supèrieure and London at the University College Neurology Institute. He was recently awarded the prize for neuroscience at the ASSC Conference in Paris. He is the recipient of a research assistantship from the Queen of Sweden and the Swedish Freemasons.

Garrett Nelson (1982, CH/CA/US) is based in Basel and Mexico City. As a visual artist, writer and occasional filmmaker Nelson uses referential impulse, theoretical or historical research, literature and poetics as a basis for installation and performance. His installations function as physcial lecture material. Performances straddle philosphy lecutres and poetics becoming myth theory for talks about silence, interation, or word/langauge ontology. Nelson has lectured recently in Athens and Stockholm at the International Deleuze Conferences. Recent exhibitions and performances at Kunsthalle Zürich, Museo de la Ciudad Mexico, Taylor Macklin, Oslo10 Basel, Kunsthalle Basel, Centre PasquArt Biel, SALT Galata Istanbul, Les Urbaines Lausanne and Sinop Biennial 2014 Turkey. Collaborative curatorial projects include —The Traveling Artist, Budapest, Vienna and Basel, 2011 —The State of Making Things, la rada Locarno, 2013. He received the State of Zürich art prize in 2014 and the city of Zürich award in 2015 and was selected for the 2015 Swiss Art Awards. His forthcoming book of prose poetry will be published with Pyramid Press Basel in 2016.

Sleep like all biological processes is affected by environmental changes.The 20th century emergence of global economic and political infrastructures for continuous work, consumption and surveillance have led to drastic changes in the way we sleep and when we sleep. Neoliberal or advanced capitalist systems have prioritized the values of productivity, efficiency and security for which sleep is a natural obstacle. In contemporary cultures belief in the eternal or afterlife has been replaced by the rational and effective use and management of time. In fact, if it were possible modern people would prefer not to sleep at all in order to live a finite life to the fullest. New drugs for productivity that reduce the need for sleep together with self help techniques to manage sleep are increasingly popular. Night time has become a time of production and consumption, from shiftwork to global trading to club culture.

This 24/7 system has developed digital devices and platforms that maximise productivity and communication that never sleep. Such digital entities have further affected how and when we sleep. We are adapting to devices and networks in order to remain relevant socially and professionally, rather than networks adapting to our need for sleep. Our constant internet presence through mobile and wearable technology interfere with sleep, for example, waking regularly to check data (“data apnea”).

When we are sleeping we cannot experience the external world, or share our internal experiences. We can neither consume nor create information. This makes sleep perhaps the only place of non-colonization in the cognitive labour of the post digital. The sleeping human is utterly unavailable. Ignorance of mechanistic explanation in neuroscience leaves the sleep space beyond the boundaries of full economic control and optimization. To date, we still lack pharmacological solutions to sleep modification that are free of adverse effects. Thus sleep evades direct commodification as opposed to other needs: thirst, hunger or sexual desire. It (yet) cannot be bought and sold (Crary, 2013; Penzin & Chekhonadsikh, 2013).

The project we proposed for the RUPERT residency aimed to contemplate the economic and political value of sleep and inactivity. This included the analyzing of ways to implement the value of waking unresponsiveness (e.g. depression, attention disorders, dementia, and vegetative states). They have first accumulated and compiled a diverse information pool about sleep as a contemporary problematic, using resources from neuroscience, literature and the visual arts. One goal was to premptively identify the ways sleep can be colonised by economic systems. The project have resulted in talks, readings and exhibitions wihtin the residency istitution and in other locations after.