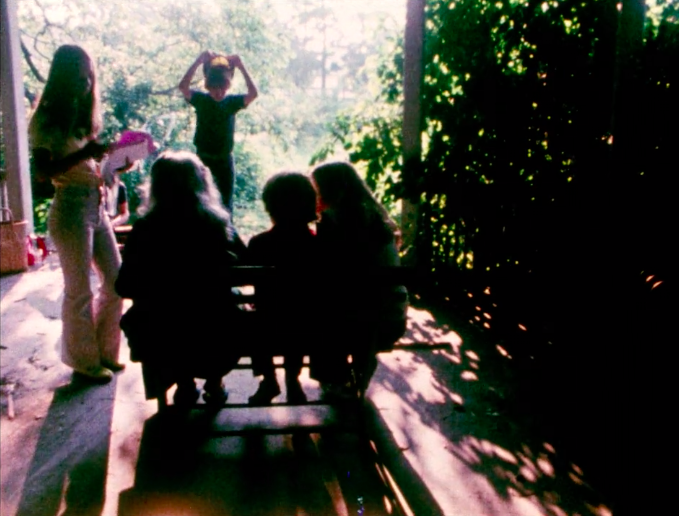 On Thursday 11 July, from 7pm Rupert is delighted to invite all to a lecture by the film critic and researcher Lukas Brašiškis titled, ‘Cinema as Poetry, Images as History’ and a screening of Jonas Mekas’ film ‘This Side of Paradise’ (1999). The event is part of Rupert’s exhibition ‘Jonas Mekas: Let me dream utopias’ on show at Rupert, Vilnius 20 June – 21 July.

‘History decays into images, not into stories’, Walter Benjamin writes in his notes on ‘The Arcades Project’. In this short presentation that will follow the screening of Jonas Mekas’ ‘This Side of Paradise (1999) Brašiškis will consider how Benjamin’s writings and Mekas’ diary films share a similar acknowledgement that through attentiveness to one’s surroundings one can experience history affectively.

Lukas Brašiškis is a PhD candidate and a teaching fellow at New York University in the Department of Cinema Studies. In his current academic work, he examines the theory of eco-media and the history of representation of non-human in cinema and other moving images. In his dissertation in progress, Brašiškis explores the representation of the material culture in post-socialist Eastern European cinemas in regard to the environmental memory. More broadly, Brašiškis is interested in intersections of philosophy, cinema studies, and theories of contemporary art. Outside the academy, Brašiškis has curated and programmed a number of film events.

The event is organised together with the Jurgis Bielinis Public Library in Biržai. The exhibition ‘Jonas Mekas: Let me dream utopias’ at Rupert will be open until 21 July.

Image: Still from Jonas Mekas ‘This Side of Paradise’ (1999)