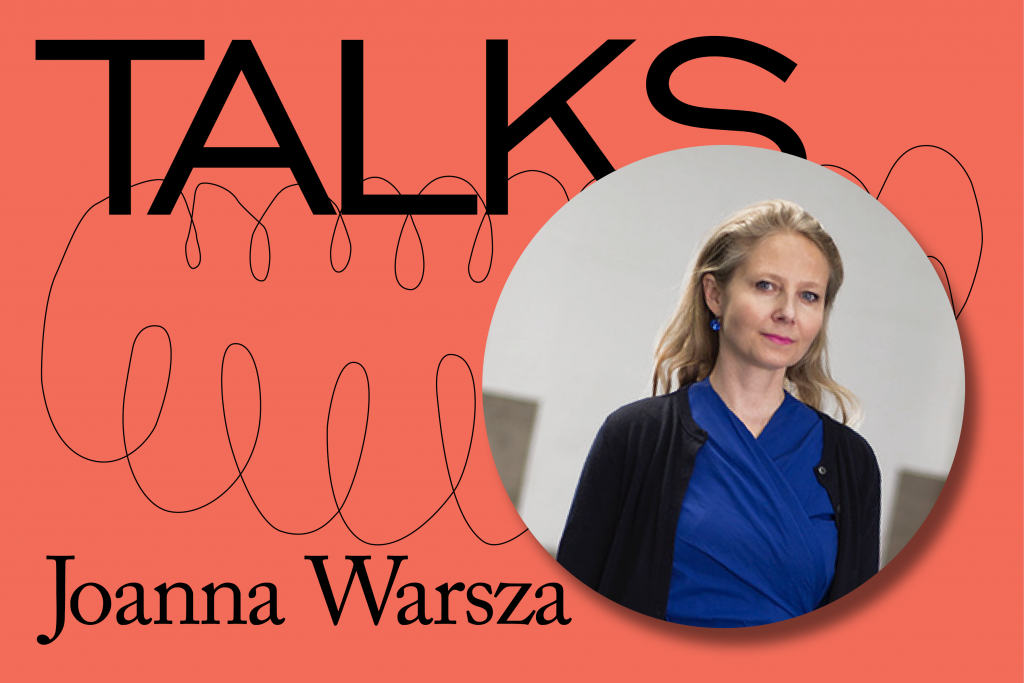 Rupert is pleased to invite all to a talk given by curator and writer Joanna Warsza. The talk will take place on the 1st October, from 6 pm at Rupert (Vaidilutės str. 79). This event is part of the 6th Rupert Alternative Education programme and will be held in English. Entrance is free and open to the public.

Referring both to Public Art Munich, as well as the public programme of Manifesta 10 in St. Petersburg, Joanna Warsza will introduce her concepts of art thought in minutes, not square meters, ‘city curating’, and expanded, contextually and politically responsive public programming. She will also reflect on terms and conditions in which art is produced and reproduced and present her recently published reader: I Can’t Work Like This. On recent boycotts in contemporary art (Sternberg Press, 2017), as well as the upcoming publication City curating. A Public Reader, co-edited with Patricia Reed. The talk will try to picture the dilemmas of work in and with the public realm, outside the protection of institutional walls, and with given political circumstances.

Joanna Warsza is an Artistic Director of Public Art Munich (2016-2018), independent curator and head of CuratorLab at Konstfack University of arts in Stockholm. Originally from Warsaw, she is based in Berlin. She has curated the Georgian Pavilion at the 55th Venice Biennale and has been an associate curator of the 7th Berlin Biennale, led the public programme of Manifesta 10 in St. Petersburg. In 2006 she founded Laura Palmer Foundation, that she ran until 2011. Warsza is the editor of the books I Can’t Work Like This. On recent boycotts in contemporary art (2017), Ministry of Highways. A Guide to the Performative Architecture of Tbilisi (2013), Forget Fear (2012), Stadium X-A Place that Never Was (2009).

On the 1st October, there will be free transport between Vilnius center and Rupert for the talk. Registration.

This event and Rupert Alternative Education programme are kindly supported by the Lithuanian Council for Culture and Pakrantė.